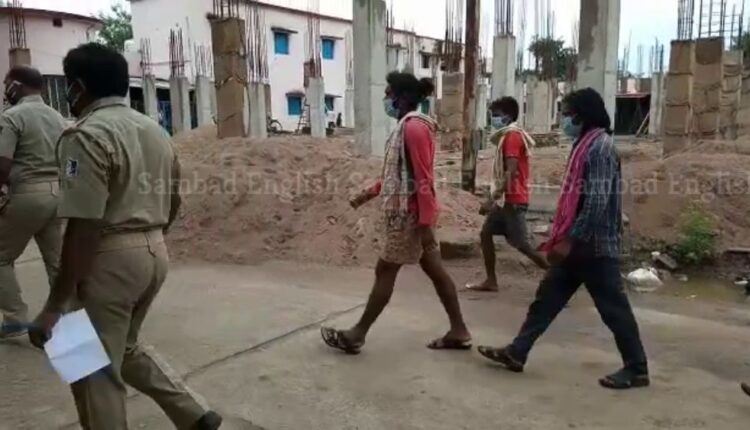 Kalahandi: The police today arrested three youths for allegedly trying to extort money from a farmer while impersonating as Maoists in Jayapatna area in Kalahandi district.

Farmer Tulasiram Nayak from Pujhariguda village under Jayapatna police limits got a call a few days asking him to pay Rs 10 lakh. The caller while identifying himself as a Maoist further told Tulasiram to fulfil the demand at the earliest, failing which he will face dire consequences.

Following this, Tulasiram lodged a complaint at the Jayapatna police station.

According to a plan laid out by the police, Tulasiram called up the person who was demanding Rs 10 lakh and convinced him to take Rs 70,000 initially.

Sources said while one youth is from Pujhariguda village, two others are from Jayapatna area.