Three from Odisha in India Colts Team for Spain tour 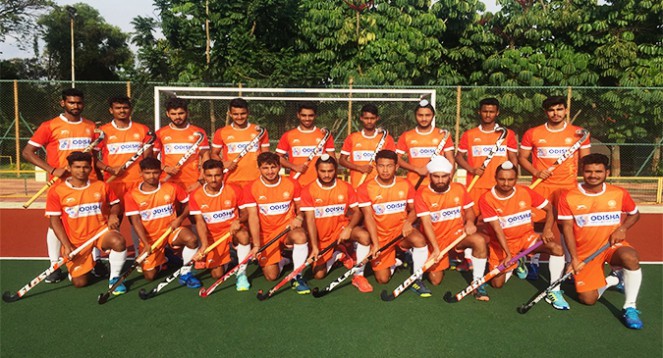 The Hockey India announced their names in the 18-member squad for eight nation Under-21 Tournament scheduled from June 10.

The teams in fray for the event include the Netherlands, Belgium, Great Britain, Austria, Australia, New Zealand, hosts Spain and India.

Odisha Chief Minister Naveen Patnaik congratulated the players from Odisha for their selection in the team for the international hockey tournament.

Congratulate hockey players from #Odisha, Suman Beck (Vice Captain), Pratap Lakra and Sudeep Chirmako for making it to under-21 Indian team for eight-nation tournament to be played in Spain from June 10. Best wishes to the team. #OdishaForSports https://t.co/rDGtphrEIt

The Indian Junior Men’s Team will be captained by Mandeep Mor and vice captained by Suman Beck. The goalkeepers named for this Tournament are Prashant Kumar Chauhan and Pawan while defenders named are Mandeep Mor, Pratap Lakra, Sanjay, Akashdeep Singh Junior, Suman Beck and Parampreet Singh, said Hockey India in a release on Tuesday.

Speaking about the team selection, David John, Director, High Performance said, “Some of the players have had good international exposure and I am hopeful that the 8 Nations U-21 Tournament will further their experience of playing quality teams at high intensity. This will be quite a challenging tournament given the teams participating in it and I believe the tournament will give us an understanding of where we stand in terms of our preparations for the Junior World Cup in 2021.”