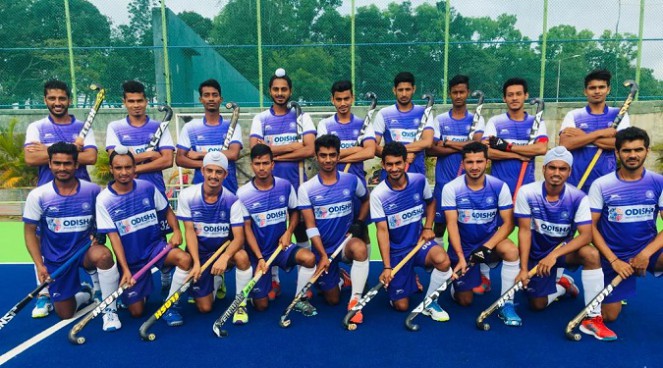 While Shilanand Lakra will shoulder the duties of Vice-Captain in forward line, Pankaj Kumar Rajak was added to the team as goalkeeper and Suman Beck will play as the defender.

“We have selected the team for the 8th Sultan of Johor Cup 2018 keeping in mind the exposure that these young players will be getting at the tournament. We will be up against some of the best teams in the youth category, and we believe that this set of players can challenge the other teams for the title in Johor Bahru,” said David John, Director, High Performance, Hockey India.

“Coach Jude Felix has tried different combinations during our tour of Belgium earlier this year and during the National Camp in Bengaluru, and these 18 players have shown great ability and desire to succeed. It will be a crucial tournament for some of the athletes as this will be their first major assignment with the Indian Junior team, but I am sure that it will be a learning curve to remember for all the players which shall help in their development,” he said.

The Indian team is scheduled to play a total of five round-robin matches against Malaysia, New Zealand, Japan, Australia and Great Britain. The top two teams at the end of the round-robin matches will face each other in the Final on October 13 whereas the remaining four teams will play classification matches.

The Indian team will play their opening match against Malaysia at 18.05 hrs (IST) on Oct 6.

Unchanged Pakistan opt to bat vs India in Asia Cup