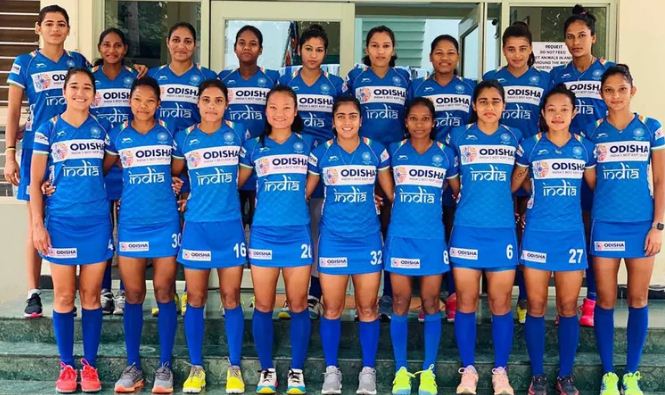 Bhubaneswar: As many as three players from Odisha have secured their berth in the 18-member Indian Women’s Hockey team for the upcoming Tour of England which is scheduled to take place from September 27 to October 4 in Marlow, England.

The players are Deep Grace Ekka, Lilima Minz, and Namita Toppo. The Indian team will be Captained by Rani and Vice-Captained by Savita, and will play a total of five matches against the Great Britain team.

Experienced Goalkeepers Savita and Rajani Etimarpu retain their places in the side from the team which won the Olympic Test Event in Japan recently, while Defenders Deep Grace Ekka, Gurjit Kaur, Reena Khokhar and Salima Tete have also been named in the squad. The midfield sees the return of experienced Midfielder Namita Toppo, who makes a comeback into the side after a lengthy spell on the sidelines due to injury. India’s midfield will also consist of other experienced players in Sushila Chanu Pukhrambam, Nikki Pradhan, Monika, Neha Goyal and Lilima Minz. While the forward-line features Rani, Vandana Katariya, Navneet Kaur, Lalremsiami, Navjot Kaur and youngster Sharmila Devi who made her international debut during the Olympic Test Event in Tokyo.

“The balance and mixture of players in our team remains the same from previous tournaments as go into an important phase in our objective of qualifying for the Tokyo Olympics 2020. It is good to have Namita Toppo back in the squad for the first time since Asian Games 2018, and she has given us confidence in training to select her for the upcoming tour. We still have ten days of training before we leave for the matches in England, and I am sure these matches will serve as good preparation for our vital FIH Hockey Olympic Qualifiers in Odisha against USA in November 2019,” expressed Chief Coach Sjoerd Marijne about the team selected for the event.

The Dutchman also spoke about how the tour will help in preparing to face USA in the FIH Hockey Olympic Qualifiers in Odisha, “I think both the Great Britain team and USA play with a similar approach to their game, so it is beneficial for us to be playing against a strong opponent in their own backyard. We now focus on preparing well for the matches in England, but our main objective will remain to finalize some points we can improve from the Olympic Test Event as we go into the FIH Hockey Olympic Qualifiers in Odisha.”

Three from Odisha in Indian Women’s Hockey Team for…