The accused persons have been identified as Sudhir Biswal (37), Aditya Prasad Khadiratna (32) and Debasish Das (29). While Sudhir and Aditya are the residents of Riamal in Deogarh district, Debasish, an engineering graduate, hails from Dhamnagar in Bhadrak district. He was residing at Laxmisagar area in Bhubaneswar. 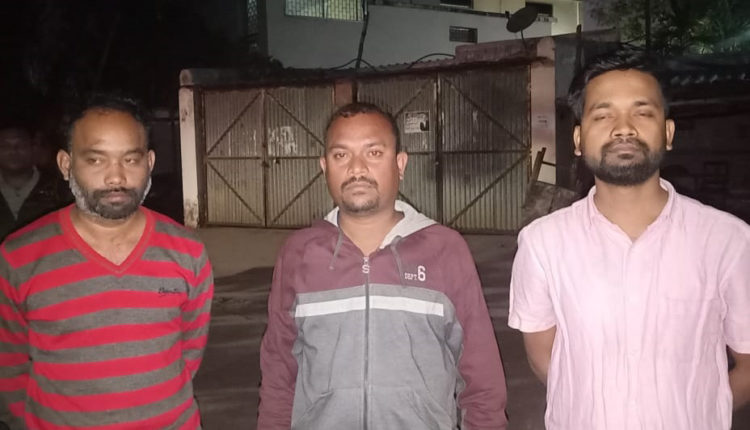 According to reports, the trio was operating a placement office at a rented house at Housing Board Colony in Dumduma area in Bhubaneswar. They had allured four unemployed youth of Bonaigarh area of Sundargarh district promising them of jobs at AIIMS Bhubaneswar.

As per the discussion, the four persons had deposited Rs 3 lakh along with their certificates at the placement office in August last year for jobs. Debasish, who was the Director of the office, had promised them to provide appointment letters after Dussehra holidays. However, he started avoiding the job aspirants after receiving cash from them.

Being duped by Debasish and his associates, one of the victims Sushil Tripathy lodged a complaint with Khandagiri police following which the accused persons were arrested yesterday.

Sources said that the trio had been targeting the youth alluring them of jobs in Bhubaneswar.