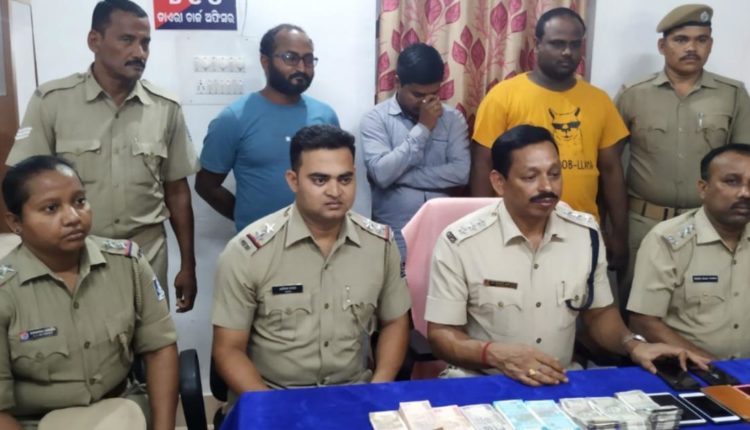 Rayagada: The police arrested three persons for their alleged involvement in betting for cricket matches in Gunupur area of Rayagada district late last night. The trio was involved in online cricket betting in Odisha, Chhattisgarh and Andhra Pradesh States.

More than 10 cases are pending against the trio. Though they were arrested earlier, after being released on bail they resume their betting activities. Questioning of the three persons is on to elicit information about the involvement in others in the betting, a police official said.

A total of Rs 1.26 lakh cash, nine mobile phones, three ATM cards and three motorcycles were seized from the possession of the three accused.