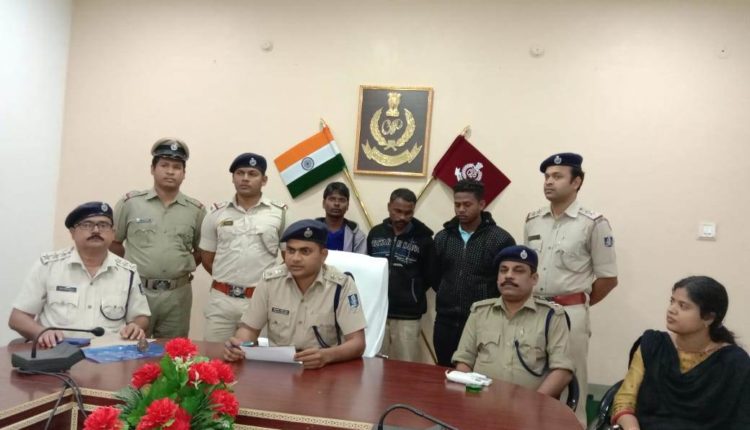 Nabarangpur: The district police today arrested as many as three persons at a forest while they were trying to sell a pangolin which was alive.

The arrested have been identified as Santiraj Ganda (42), Babula Pattanaik(20) and Ashok Majhi(25) of Jeypore area in Koraput district.

Acting on a tip-off, a police team raided a spot in the forest around 1 pm, where the three persons were found holding a gunny bag in a suspicious manner. Though the trio tried to flee the spot with the bag, cops chased and nabbed them.

Later, a pangolin, having weight of 12.6 kg and 43.5 inch length, was rescued from the gunny bag by the policemen. During interrogation, the three confessed that they had come to sell the animal to a person of Raipur for Rs 5 lakh and were waiting for the buyer.

Despite traffic rule relaxation in Odisha, these violations will attract penalty