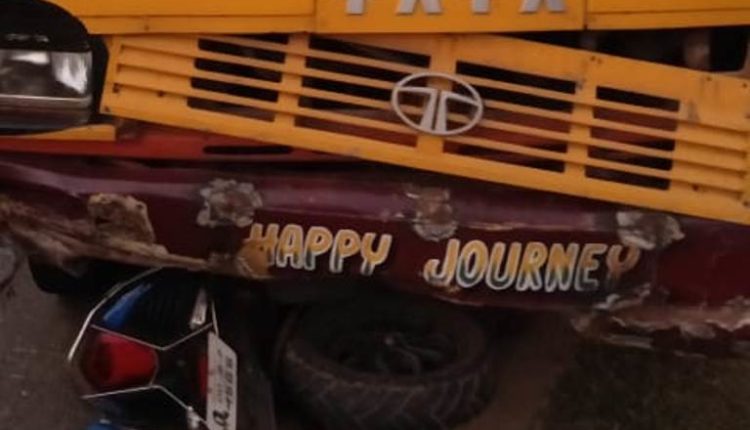 Sundergarh: Three hockey players were killed and another injured after a bus hit their two-wheeler near Laxmiposh village in Sundergarh district on Sunday evening.

As per reports, the players were returning home on a two-wheeler after participating in a match at Sanabarsa village. The deceased were identified as Hemant Bada, Krishna Pradhan and Sandeep Pradhan of Dalaki village. The injured, Rabindra Rout has been admitted to Jamabahal hospital.

A bus en route to Kutra from Dalaki collided head on with the two-wheeler of the players. While three of them died on the spot, the other one has sustained grievous injuries.

An eyewitness said the two-wheeler driver lost control over the vehicle leading to the mishap.