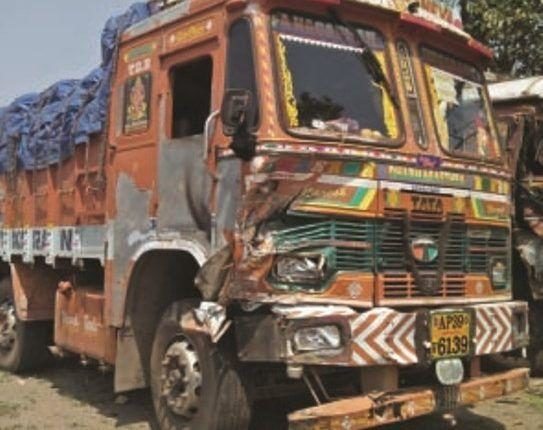 Jajpur: At least two people were killed and two others critically injured in a head-on collision between two trucks in Kuakhia of Jajpur district today.

As per reports, a banana laden truck hit another truck loaded with iron ore head-on over a flyover on NH-53 in Kuakhia. While two persons, including helper of one of the trucks died on the spot, two other sustained critical injuries.

The other deceased took a lift in the banana laden truck along with one of his friends to Tata. However, his identity is yet to be established.

After getting information, the Kuakhia police reached the spot. The two injured were rushed to the Dharmasala hospital and later shifted to SCB Medical College and Hospital in Cuttack.