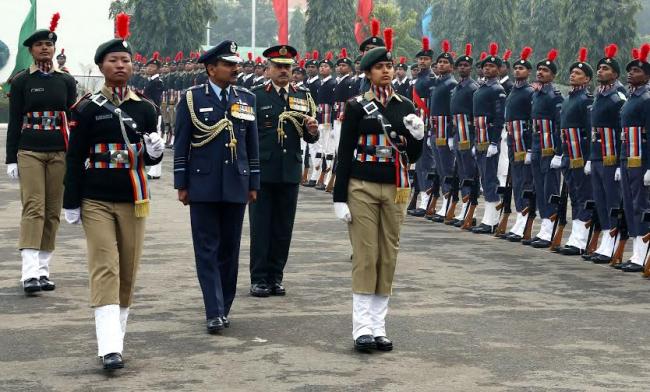 Bhubaneswar: In a bid to strengthen youth wing of Armed Forces in educational institutions, Odisha government decided to set up three new National Cadet Corps (NCC) units, one in Bhubaneswar.

This was revealed at a meeting of Higher Education Department’s State Advisory Committee held yesterday here.

Official source said one army unit will come up in Bhubaneswar. The Ministry of Defence has approved a proposal to open an NCC unit in Koraput and another in Jharsuguda district.

Reports said that the move came following Defence Ministry’s approval on establishment of NCC units in various locations in Odisha. The units will be set up on a 25:75 cost sharing basis with the Centre. The process has begun to fill 123 posts lying vacant at NCC units.

Worth mentioning, the students enrolled in NCC in colleges and universities used to face difficulties to attend the examinations.

At the meeting, Higher Education Minister Arun Sahoo stressed on making special arrangements for the NCC cadets to appear in classes and examinations.

As per the decision, the NCC cadets will be provided shooting training at Kalinga Stadium in Bhubaneswar. The authorities will collect Rs 2 and Rs 5 each from the NCC cadets towards fee during admission in schools and colleges respectively.