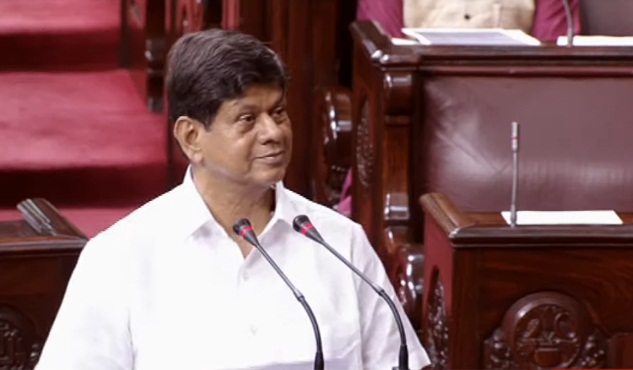 In the presence of Venkaiah Naidu, Vice-President and ex-officio Chairman of the Rajya Sabha, Nanda, Patnaik and Samanta took oath in Odia language.

As many as 41 newly-elected members, including several Union Ministers among the 18 who have been re-elected, to the Rajya Sabha took oath today, the first day of their six-year term.

Chairman Naidu, while welcoming the newly-elected members, asked the first-timers to soon get themselves acquainted with the etiquette, procedures and rules of conduct of the House.

Naidu said: “On behalf of the whole House and on my own behalf, I extend a very cordial welcome to the newly-elected and reelected members of this House. I think, I need not highlight the fact that to be elected to this House is a rare distinction and a privilege which should humble you.”

He said that the election to the upper House of Parliament entails “heavy responsibilities and duties to strengthen the cause of democracy”.

“We look forward to the valuable contribution of newly-elected Members in the functioning of the House and in raising people-oriented issues more effectively and purposefully. I have no doubt that they would work assiduously to enliven the debates of the House with their knowledge and expertise and conduct themselves with dignity and grace through a dispassionate discussion in the House, and with the goodwill and willingness to understand each other’s points of view we shall achieve our objects better. I hope, all members would endeavour to enhance the dignity and prestige of this august House, thus strengthening our parliamentary institutions,” Naidu said.

The Chairman also noted that the oath-taking ceremony “reflected the rich linguistic diversity of our great country” as members took oath in nine languages out of which “eight are Indian languages and mother tongues of the members”.

Notably, the three BJD candidates were elected to the Rajya Sabha uncontested on March 15.

All railway stations in Odisha now equipped with LED lightings