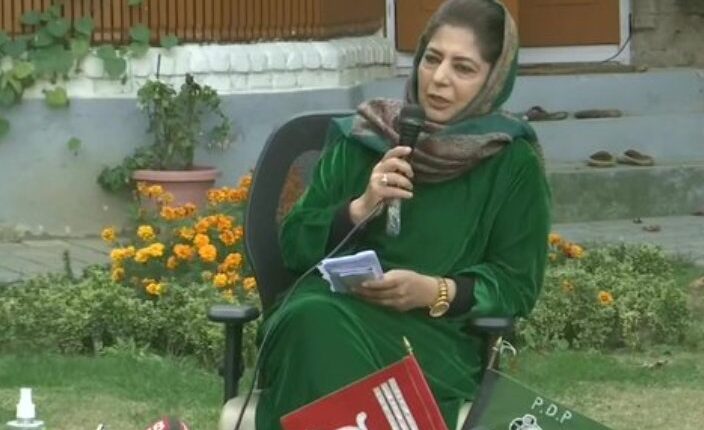 In a letter addressed to Mehbooba Mufti, Jammu-based PDP leaders TS Bajwa, Ved Mahajan and Hussain Waffa said they were feeling “uncomfortable” over some of her actions and utterances which hurt their patriotic feelings.

These leaders were with the PDP since the days of Mehbooba’s father, late Mufti Muhammad Sayeed.

Speaking at her first press conference on Friday after release from 14-month detention, Mehbooba Mufti had said that her party would not hoist the Indian Tricolour unless allowed to raise the flag of Jammu and Kashmir also.