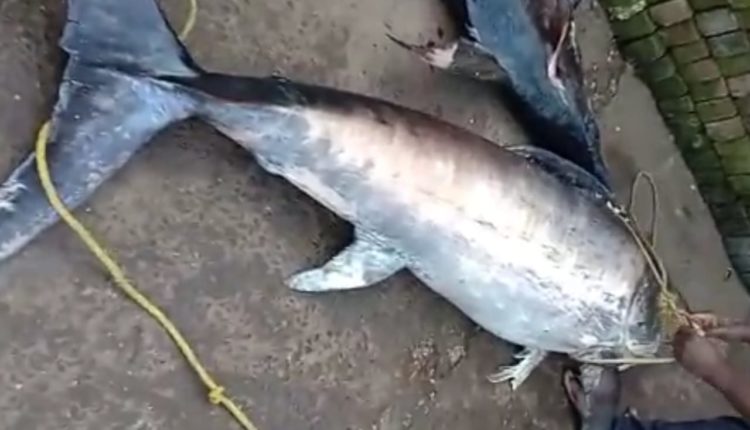 Paradip: Three rare saltwater fishes were caught during fishing in Bay of Bengal near Paradip in Jagatsinghpur district.

The marine fishes called ‘marlin’ were caught by fishermen in the sea off Paradip coast on Thursday.

The local fishermen call it ‘Panikua’ fishes that weigh around 2.70 quintal.

Reports said one fish weighs 1.5 quintal and two others are estimated to be 60 kg each.

The locals rushed to the site to see the rare fishes. Later, the fishes were exported to other states for sale.

In October, a marlin fish was caught during fishing in deep sea off Dhamra coast in Bhadrak.