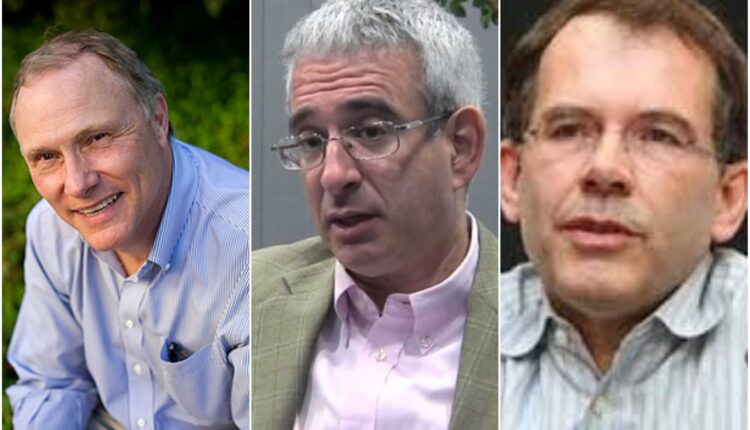 Bhubaneswar: Three economists of the United States (US)-based premier institutions were conferred with the Nobel Prize in Economic Sciences for the year 2021.

BREAKING NEWS:
The 2021 Sveriges Riksbank Prize in Economic Sciences in Memory of Alfred Nobel has been awarded with one half to David Card and the other half jointly to Joshua D. Angrist and Guido W. Imbens.#NobelPrize pic.twitter.com/nkMjWai4Gn

The Royal Swedish Academy of Sciences decided to award the Sveriges Riksbank Prize in Economic Sciences in Memory of Alfred Nobel 2021 with one half to Professor David Card of University of California “for his empirical contributions to labour economics” and the other half jointly to Professor Joshua D. Angrist of Massachusetts Institute of Technology and Professor Guido W. Imbens of Stanford University “for their methodological contributions to the analysis of causal relationships”, the Nobel Prize Committee said in a release today.

This year’s Laureates – David Card, Joshua Angrist and Guido Imbens – have provided us with new insights about the labour market and shown what conclusions about cause and effect can be drawn from natural experiments. Their approach has spread to other fields and revolutionised empirical research, the release stated.

Born in 1965 in Guelph, Canada, economist David Card received his Ph.D degree from the Princeton University, USA, in the year 1983. Currently, he is the Professor of Economics at University of California, Berkeley, USA.

Professor Joshua D. Angrist hails from Columbus in Ohio, USA. Born in 1960, he successfully completed his Ph.D from the Princeton University in 1989. The Professor of Economics of the Massachusetts Institute of Technology, Cambridge was selected for the prestigious award for his contribution to Economic Sciences.

Similarly, another laureate Professor Guido W. Imbens jointly shared the award with Professor Angrist. Netherlands-born researcher did his doctorate degree (Ph.D) at the Brown University, Providence, USA. Currently, he is the Professor of Economics at the Stanford University, USA.

In the mid-1990s, Joshua Angrist and Guido Imbens solved methodological problem, demonstrating how precise conclusions about cause and effect can be drawn from natural experiments.