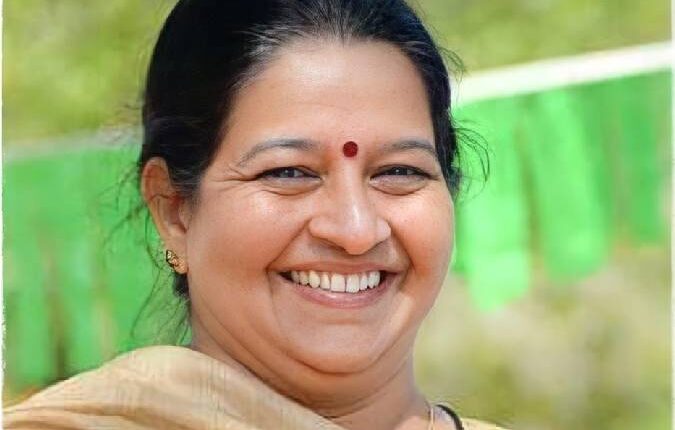 Thiruvananthapuram: The victory of Congress candidate Uma Thomas from Thrikkakara Assembly seat of Kerala’s Ernakulam district with a record margin of votes in by-election comes as a “booster” for the party, while on the other hand it appears to be a major setback Chief Minister Pinarayi Vijayan.

When votes were counted and Uma was leading right from the first minute, the social media was abuzz with trolls and the “biggest victim” appeared to be the Left candidate, an interventional cardiologist Joe Joseph, who was fielded by the CPI-M.

“With Vijayan leading the CPI-M and also the Left Democratic Front (LDF), it’s unlikely that there will even be a whimper of protest on this failure. Many of those who follow politics closely in the highly politically literate state of Kerala had no qualms in saying that Uma was a far better candidate than Joseph on various counts,” added the critic.

“The reason for the failure was undoubtedly Vijayan showing his arrogance in his approach to implement the K-Rail project. The Left failed to gauge the sentiments of women voters, who appear to have backed Uma – a widow, who right from day one her name was announced, presented herself very well. Had the Left fielded a political candidate, may be there could have been a difference,” he asserted.

Another reason which is now being cited in hushed tones in the Left camp is the selection of Joseph.

Initially, the name of young and “popular” CPI-M leader Arun Kumar was sounded and even the party cadres had started writing his name on the walls in the constituency, however all the speculations were put to rest as the Left leadership announced the name of Joseph for the bypoll.

There were reports that while the district leadership wanted Arun Kumar as CPI-M’s candidate, State Industries Minister P. Rajeev and his close aide — former legislator M. Swaraj, put forth the name of Joseph, which got the approval of Vijayan.

Speaking to the media, CPI-M state secretary Kodiyeri Balakrishnan said they had not expected such result. “We see this verdict as a caution and we will work accordingly,” he said.

“Our candidate got over 2,000 votes more in comparision to 2021 polls, so this is better. The BJP’s vote share has come down while the Twenty20 candidate got around 13,000 votes, and from our preliminary assessment the anti-Left votes got consolidated to the Congress,” said Balakrishnan.

Earlier, before the pollings, Balakrishnan had said that the election will be an assessment of the Vijayan government, and now when this question was posed to him, he said, “Yes, look we have been able to increase our numbers by over 2,000 votes and that is a positive sign. “No one should forget that in the 2019 Lok Sabha polls the Congress party won 19 out of the 20 seats, but in 2021 Assembly polls we increased our tally from 91 seats to 99 seats and retained office.”

Playing down the defeat, he pointed out that there are 30 strong seats for the Congress party and Thrikkakara is one of them.

Now all eyes are on what Vijayan has to say on the results.