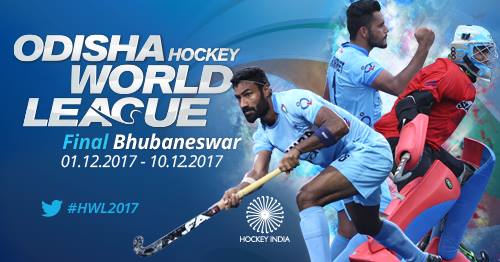 Bhubaneswar: The sale of tickets for the eight-nation Odisha Hockey World League (HWL) Final matches, to be held at the Kalinga Stadium here in December, started at a counter near gate no. 3 of the stadium today.

The tickets are also available online at www.ticketgenie.in.

Notably, the league matches will take place from December 1 to 5. The opening match of the tournament will see Germany vs England on December 1, which will be followed by hosts India playing Australia in the second match.

India will also be in action on December 2 and 4 when they play England and Germany respectively at the Kalinga Stadium.

All the participating eight teams, clubbed in two groups, will play three matches each during the league stage over the span of six days before going head-to-head to be crowned Champions of the third season of the coveted league which started back in April 2016.