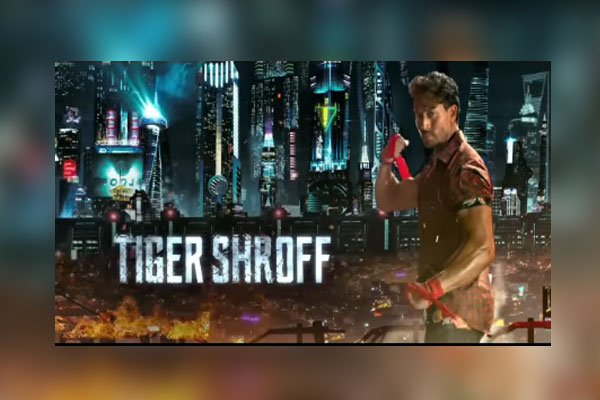 Mumbai: Actor Tiger Shroff and Kriti Sanon’s upcoming action thriller “Ganpath” has been blocked as a Christmas release and will hit the screens on December 23, 2022.

Tiger, son of actor Jackie Shroff, also treated his fans with a teaser of the film on Instagram.

The actor labels “Ganpath” as one of his most ambitious projects.

Tiger said: “‘Ganpath’ has been one of my most ambitious and challenging projects. This one truly is going to challenge me to an extreme level in terms of action as well. The idea is to take the bar a lot higher for myself and Ganapath is just the right vehicle to express a new action for our audiences here.”

Bahl said: “If nervousness and excitement leads to a great final output then I want a bit more of both”.

He added that there are a few hurdles given the pandemic situation worldwide but they have a great team and there is immense excitement.

Bahl said: “Tiger keeps setting the benchmarks for us and Jacky is the adrenalin running in our system.”

Actor-producer Jackky Bhagnani said: “The film has great action, it has a strong emotional core that takes it to another level. Tiger’s phenomenal energy, discipline, and commitment to the film have simply wowed us all.”

Facebook lets its Afghanistan users to instantly lock their accounts

Jackie Shroff: Am known as Tiger’s father, which makes…