Tight security in Odisha’s Kandhamal on Janmashtami. Here’s why 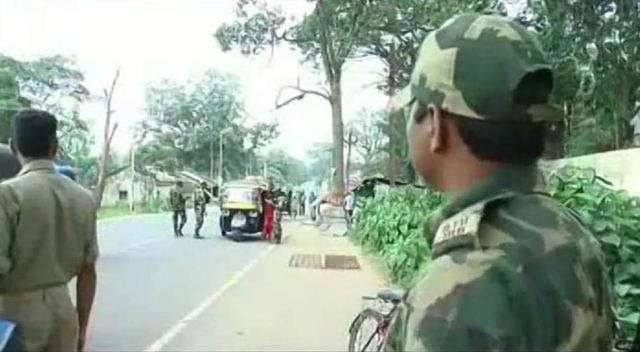 Kandhamal: Kandhamal police today beefed up security across the district as part of precautionary measure to avoid any untoward incident on occasion of death anniversary of Hindu monk Swami Laxmananda Saraswati and celebration of Janmashtami of Lord Krishna.

Elaborate arrangements have been made by the district police administration especially at Chakapad Ashram and Tumudibandh Jalespata Ashram in the district for 11th death anniversary of VHP leader, who was assassinated in 2008 on the occasion of Janmashtami festival.

Two officers in rank of DSP and two platoons of police have been deployed at Chakapad and Jalespata to maintain law and order during observance of Saraswati’s death anniversary, informed Kandhamal Superintendent of Police Prateek Singh.

Besides, frequent police patrolling will be done at all the sensitive locations in the district today on the occasion of Janmashtami.

Meanwhile, combing operation has been intensified at different Maoist-infested areas of the district. The security personnel have been deployed at key points to keep vigil on activities of right-wing extremists.

Worth mentioning, the tight security is put in place by the district administration every year after assassination of Swami Laxmananda Saraswati. The religious leader and four of his aides were killed at his ashram at Jaleshpata on August 23, 2008. The killing had triggered communal violence in Kandhamal in which at least 38 people were killed.

More than 25,000 people belonging to Christian community were forced to flee their homes. The mob attacked their houses alleging the minority community of killing the monk. However, police blamed the murder on the Maoists.