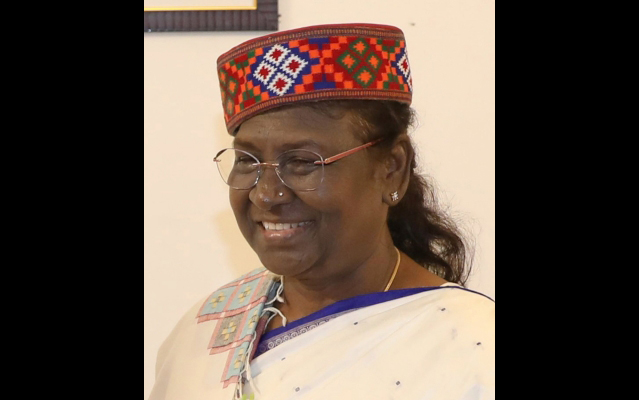 Bhubaneswar: The police in Odisha have made tight security arrangements in capital city Bhubaneswar and Puri for President Droupadi Murmu’s two-day visit to Odisha.

After assuming the office of President of India, Murmu will be visiting Odisha on November 10 and 11.

Security arrangements have been organised for the visit of the President as per the blue book. A mock drill of the movement of the security carcade was conducted in Puri and Bhubaneswar on Wednesday.

“We have made traffic arrangements in such a way that the traffic movement will be diverted for a very minimal time,” Singh said.

Jagannath temple administrator (development) Ajay Jena said the President will first pay floral tribute on the statue of Utkalmani Gopabandhu in Puri and then visit the temple.

After visiting the main temple, she will also visit Maa Bimala and Mahalaxmi temples, he said.

About 34 platoons of police force along with 300 police officers will be in-charge of the safety and security of the President, said Bhubaneswar DCP, Prateek Singh.

After arriving here at Biju Patnaik International Airport, Murmu will receive guard of honour at the airport and then directly fly to Puri, where she will visit the Jagannath temple.

At around 12 p.m., the President is expected to arrive at the helipad and be escorted to Sri Jagannath temple. After having the darshan of Lord Jagannath and other deities in the temple, she will visit Puri Raj Bhawan, where Mahaprasad will be served to her.

The devotees will be prohibited from entering the temple during the visit of the President to the temple, officials said.

She will return to Bhubaneswar in the afternoon and garland the statues of eminent persons here. She will then attend a civic reception at Raj Bhavan in the evening.

The President is also scheduled to inaugurate an Odia textbook for engineering and a portal (e-Kumbh) at Jaydev Bhawan before flying back to Delhi on November 11.