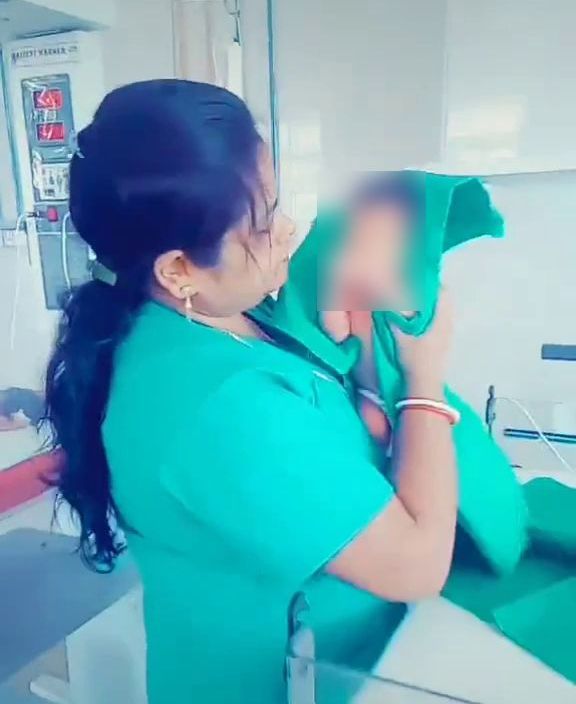 Malkangiri: In the wake of making TikTok videos inside the District Headquarter Hospital, here, four nurses have been asked to go on compulsory leave today.

Following an enquiry, the District Collector asked the erring nurses to go on compulsory leave for an indefinite period.

Furthermore, a special committee has been constituted to investigate the matter and action will be taken following the probe report, informed Malkangiri CDMO.

Worth mentioning, multiple TikTok videos of on-duty nurses emerged on social media where they were seen performing dance sequences and lip-syncing dialogues at the hospital. Another video, featured one of the nurses, kissing and cradling a baby without gloves, to a music track in the background.