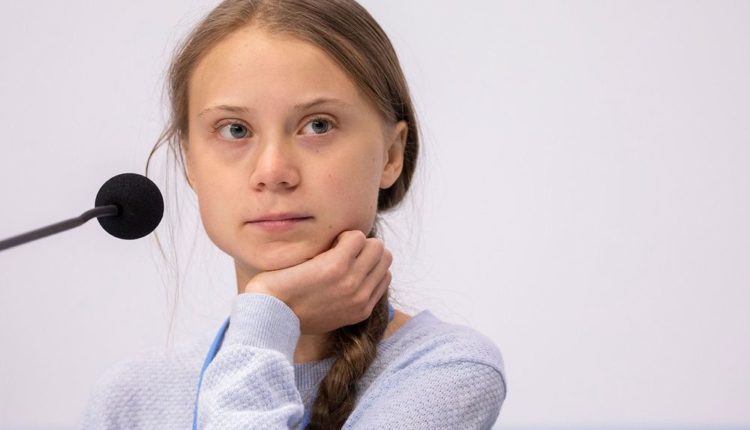 New York: Swedish climate crisis activist Greta Thunberg trended on social media on Wednesday after Time magazine announced her name as ”Person of the Year”. The magazine tweeted: @GretaThunberg is TIME”s 2019 Person of the Year; #TIMEPOY”, which got 30.5K retweets and 87.2K likes.

Fans posted congratulatory messages to the 16-year-old, who is the youngest individual to be thus recognised.

Ayushmann Khurrana featured in Time list of 100 Most Influential People

Time editor-in-chief Edward Felsenthal said that Thunberg has become the biggest voice on the biggest issue facing the planet and “the avatar of a broader generational shift in our culture that is playing out everywhere from the campuses of Hong Kong to the halls of Congress in Washington.”

Replying to @TIME and @GretaThunberg, one Twitter user commented: “Hi Greta, congratulations on your huge achievement at such a young age! I hope you can further spread environmental issues to the people in the world, and let”s build a more sustainable future. Hong Kong protesters are honoured to list at the top five together with you.”

There were others who were clearly not amused by the development, with quite a few who had rooted for Hong Kong protesters for the honour. One user wrote: “She basically does nothing except for her exaggerated emotion towards climate change & she offers no practical solutions for the governments on how to save the earth. Why is she the person of the year?”

One user commented: “Because of her impact. She doesn”t have to offer solutions. Any meaningful change on the climate issue can only succeed with people feeling inspired to change, and it needs a figurehead.”

“You may not personally feel inspired, but millions do.” One post read: “Congrats @GretaThunberg for celebrating the power of youth. On the other side of the world, a group of youth are fighting to live in a free world and we really need your help!”