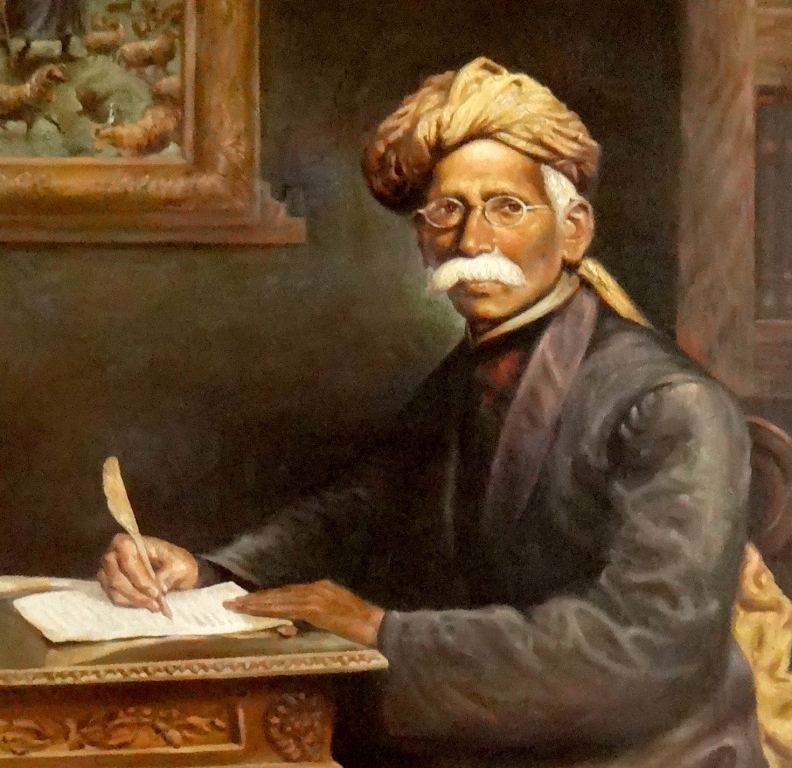 When the world is in the grip of an unprecedented fear due to havoc caused by the pandemic of corona  virus, an alien not visible to human eye is challenging human race proud of its stupendous achievements  in science and technology, it is perhaps the most appropriate time to remember Utkala Gauraba, Madhusudan who was born one hundred seventy two years ago on this day. He symbolised indomitable courage to fight against an alien rule against all odds, obstacles and obstructions to liberate a suppressed nation from a frozen fear to establish its glorious ancient identity.

In the history book, he is more known as a famous lawyer and founder of a new political entity of Odisha. Nevertheless, apart from the fact that he was a legislator of great eminence, he was a social reformer, an educationist, a thinker with great foresight, a visionary and an entrepreneur leaving indelible mark in the annals of history.

A legislator represents people in a law-making body traditionally called legislature. In the capacity of being a member of that institution he participates in making law first at the stage of introduction of the bill and second at the time of drafting when it is sent to the legislative committee. In both the occasions he expresses his views on the objective and content of the law reflecting his philosophy and guiding the nation to future. As a legislator he makes the executive accountable to the people during interpellations, budget discussions and call-attention or adjournment motion or at the time of vote of confidence making the executive government realize that it is subject to control by people.

These features of Utkal Gauraba come to light from the compilation of debates of Madhusudan Das in the legislative bodies done by Dr. N.K. Sahu and Dr P.K Mishra – eminent historians of the modern Odisha.

His contribution to the enactment of the Bihar and Odisha Tenancy Act was significant. This law heralded agricultural tenurial reform redefining the relationship between the zamindar and raiyats. His deep knowledge of land tenure system and customs has been demonstrated during the debate.

While the criminal law amendment was being discussed at the Imperial legislative council of the Governor General, during debate he showed his prolific knowledge of criminal cases and penal code reeling of statistics collected from the newspapers.

When the Income Tax Act was being considered for amendment, he highlighted the importance of sanctity of relationship between assessor and assessed on the disclosed income and necessity of protection of privacy.

During discussion on budget he was eloquent in his criticism regarding inadequate provisions made for primary and women’s education and supplanting western system on the traditional education and not taking care of less privileged members of the society to have access to education and skill.

When most of the European democracies had not granted voting rights to women, Madhusudan spoke in favour of franchise for women.

Madhusudan as a Minister in charge of the Local Self-Government while giving thoughts on a resolution on medical education and sanitation, he highlighted almost hundred years ago  how the primacy  should be given to public health on prevention side while medical facilities should be available on curative side. He foresaw how the local governing bodies should be associated with prevention and arrest of spread of epidemic disease like cholera creating awareness among the rural people on sanitation. How pertinent it is today during Corona crisis!

Perhaps, it will be most appropriate to make a mention here that Madhusudan while as a member of the Imperial legislative council was a strong advocate of decentralization of power. He seeded the idea of people’s participation in local administration. This concept first flowered in shape of Article 40 of the Constitution of India regarding organization of Panchayat and later by way of Seventy Third Amendments to the Constitution bringing Gram Sabha, Panchayat and Municipality in Articles 243 and 243P.

He was the forerunner of the concept of separation of power between executive and judiciary at the primary level as is articulated in his debates on the subject as a legislator. Article 50 of the Constitution of India was born out of that concept.

He has passionately supported for restoration of indigenous systems of medicine on a scientific basis. His advocacy of Ayurveda and Unani system of medicine paved the way for Ayush medicine system.

As much he protected human values and tradition, he was also equally modern. He was architect of engineering studies, pioneered promotion of industries, development of mines and scientific agriculture. He emphasized development of feeder roads, railway system to connect Sambalpur with coastal area and maritime port on the coast of Odisha.

In the days when there was imperial subjugation and political darkness, he kindled lamp of hope.