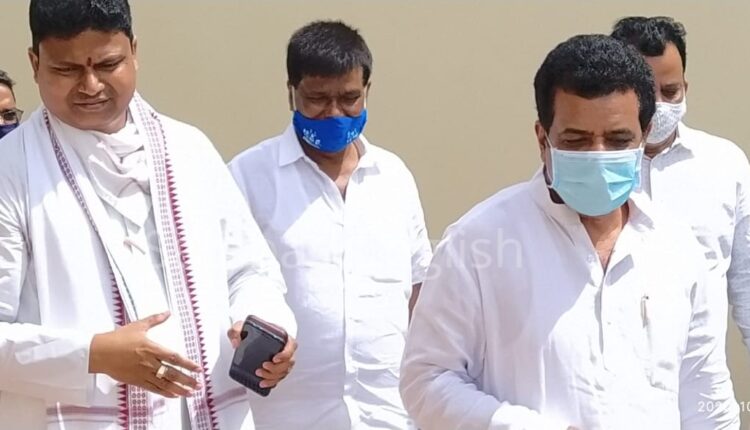 Bhubaneswar: Ahead of the by-polls, Ramakanta Bhoi, who had unsuccessfully contested 2014 and  2019 elections from Tirtol Assembly segment on BJP ticket, today joined BJD at the party office here.

Bhoi resigned from BJP on October 6, a week before the saffron party announced its candidates for the two by-polls-Tirtol and Balasore- scheduled to be held on November 3. After quitting the party, Bhoi had said, “I am being ignored by the state leadership. Despite frequent requests, the BJP has not given me importance due to which my supporters feel neglected in the party. So I resigned.”

Meanwhile, BJP candidate Raj Kishore Behera today filed his nomination paper for the Tirtol seat. However, the ruling BJD is yet to announce its candidates for both the seats.