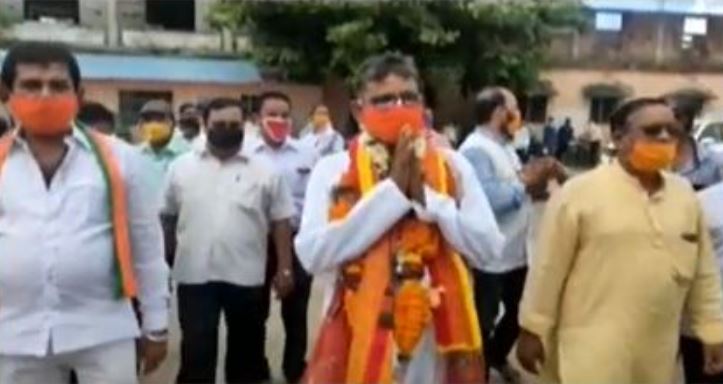 Jagatsinghpur: Rajkishore Behera, BJP’s candidate for Tirtol bypoll, filed his nomination today. Behera filed the nomination paper for the bypoll in the presence of the Returning Officer at the Additional Collector’s office here.

The saffron party had yesterday announced the names of Rajkishore Behera and Manas Kumar Dutta as its candidates for the bypoll to Tirtol and Balasore Sadar assembly constituencies, respectively.

Behera had unsuccessfully contested the 2009 and 2014 assembly elections from Tirtol seat on Congress ticket. He had joined the BJP two months ago.

Bypoll to Tirtol constituency was necessitated after the demise of BJD MLA Bishnu Charan Das. The election is scheduled to be held on November 3.