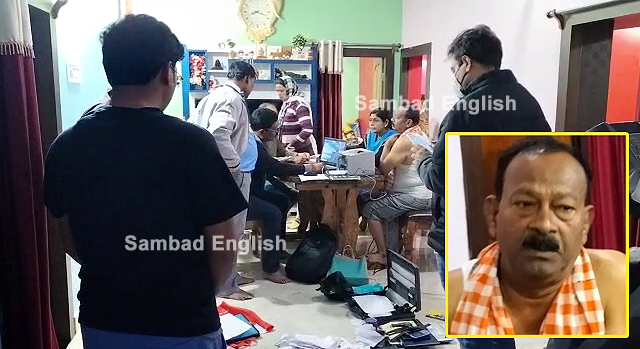 The raids were carried out as the forest ranger Nayak has allegedly accumulated assets disproportionate to his legal sources of income. A Vigilance police station case was registered against him last year, when he was working at Ulunda of Subarnapur district. Today’s raid was conducted based on orders issued by Special Vigilance Court in Balangir in this regard, a senior official in the raid team stated.

The four locations raided include Nayak’s office room, his government residence and the forest ranger’s ancestral house near Gandhi Stadium, all located in Titilagarh town of Balangir district.

Vigilance officials from Balangir, Sambalpur, Bargarh and Subarnapur districts took part in the raids. The teams have seized documents of properties worth lakhs of rupees and several bank passbooks so far, including cash. It is likely that the raids will continue till tomorrow, the source informed.