‘Titli’ brings ‘joy’ to some in Odisha 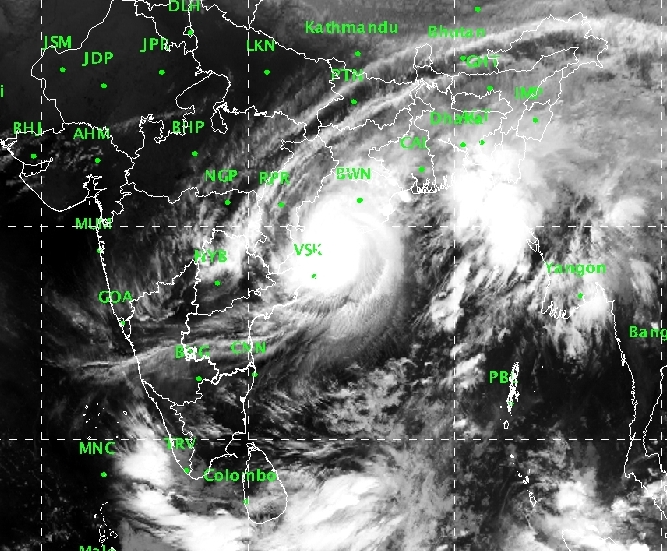 Bhubaneswar: While cyclonic storm ‘Titli’ was tearing through the districts of Gajapati and Ganjam in Odisha wrecking storm havoc leaving behind a trail of devastation, it has brought smiles to some in the State.

Some women delivered baby girls in hospitals while the severe cyclonic storm was making a landfall between Andhra Pradesh and Odisha early on Thursday. Guess what they have named the babies. Titli!

As per the available information, some baby girls who were born at hospitals in Ganjam, Nayagarh and Jagatsinghpur districts on the intervening night of Wednesday and Thursday.

Around 105 pregnant women from Ganjam district were admitted to various hospitals. A woman delivered a baby girl in Aska Community Health Centre (CHC) while the cyclone was making landfall in Odisha coast. Wasting no time, the baby girl was named after the cyclone ‘Titli’ unanimously by her family members, the doctors and hospital administration.

Similarly, Anita Samal of Jagatsinghpur district, had named her daughter after cyclonic storm given birth to a girl child who was born between 1 am and 2 am on Thursday.

Jagatsinghpur Chief District Medical Officer (CDMO) Ashok Pattnaik said they had taken precautionary measures and admitted around 18 pregnant women from vulnerable areas much in advance keeping in mind the cyclone alert. “Out of 18, six women delivered babies safely in the morning,” he informed.

One Debi Prasad Das from Gania village in Nayagarh will never forget ‘Titli’ as his wife, Swpnarani, delivered a baby girl just hours after cyclone made its landfall. “My wife reached Nayagarh hospital around 7.20 am and my daughter was born at 7.40 am. As she was born during the cyclone we have named her ‘Titli’,” Das, the proud father, said.

According to reports, another woman has delivered a baby girl at Capital Hospital in Bhubaneswar in a similar situation. She was also named ‘Titli’.

Notably, severe cyclonic storm called ‘Titli’ by the India Meteorological Department (IMD) made its landfall near Palasa in Srikakulum district of Andhra Pradesh and southwest of Gopalpur in Odisha between 4.30 and 5 in the morning. No loss of life was reported from any part of the State so far, official sources said.