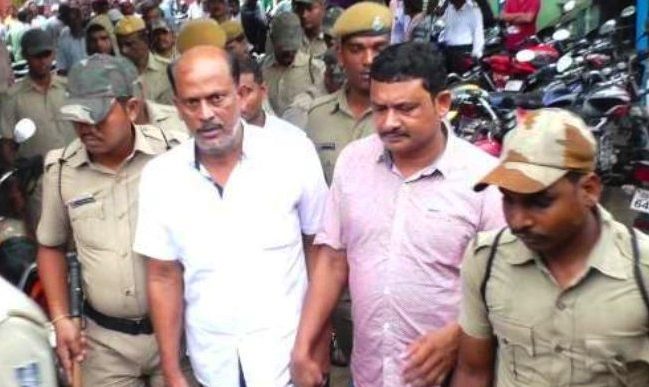 The Marshaghai police today took the gangster on a one-day remand and reopened the two murder cases under the supervision of SDPO Rajiv Lochan Panda.

Earlier in the day, Tito was produced before Kendrapara SDJM court, which allowed the Marshaghai police to take him on a fresh remand for interrogation.

Sources said the cops will interrogate Tito in connection with the murder of one Raj Kishore Behera and Aswajit Sahu alias Lulu in 2015 and 2013 respectively. During interrogation by STF, Tito had earlier confessed to be the mastermind behind the two murders, sources added.

It may be mentioned here that Behera was allegedly killed by Tito’s associates on Paika river embankment near Tikhiri village under Marshaghai police station in the district on April 24, 2015. Similarly, Aswajit Sahu, a contractor, was allegedly shot dead by Tito’s gang members at Kusunpur junction on September 22, 2013.

Meanwhile, a team of the STF raided the Sub-Collector office here to ascertain involvement of district officials in illegal sand mining carried out by Tito and his associates. Tito has allegedly taken 26 sand sariyats in the name of his relatives and associates during the last five years, sources added.