While the BJP’s West Bengal unit called for a statewide protest on Saturday against the comments and demanded Giri’s resignation, neither the TMC Minister nor anyone from the party has come out with an official clarification. 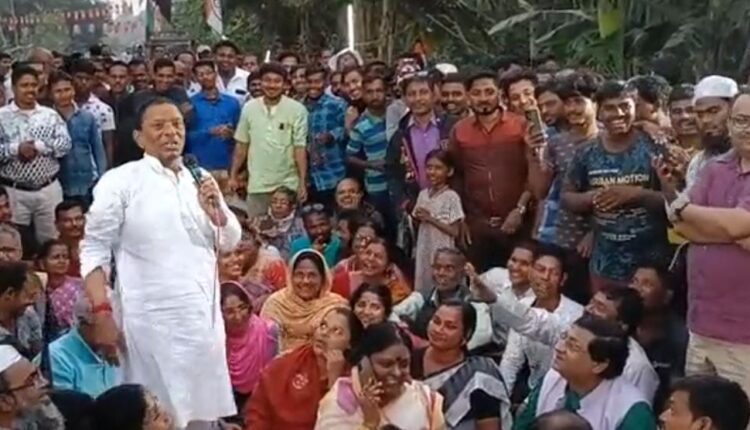 Bhubaneswar: Political discourse in the country reached a new low after Akhil Giri, a Minister from the Trinamool Congress (TMC), attracted severe criticism from the Opposition following his objectionable remarks on President Droupadi Murmu while addressing a crowd at Nandigram in West Bengal on Thursday. The video, which has gone viral on social media, has drawn scathing attack from across the political spectrum.

In the clip, the Minister for Correctional Administration is seen referring to the President’s looks while hitting out at Leader of Opposition in the West Bengal Legislative Assembly Suvendu Adhikari in a public rally.  “He ( Suvendu Adhikari) says I am not good-looking. How beautiful are you? We don’t judge anyone by their appearance and respect the office of the President of India. But how does our President look?” the TMC leader is seen asking a large gathering of people.

The incident sparked a political row with the BJP’s West Bengal unit condemning the Minister and calling Chief Minister Mamata Banerjee and her party “anti-tribal”. “President Droupadi Murmu, hails from the tribal community. Akhil Giri, TMC Minister of Correctional Homes made objectionable comments about her in the presence of Shashi Panja, another minister from the women’s welfare department. Mamata Banerjee and TMC are anti-tribal,” the BJP Bengal unit tweeted while sharing a video of Giri. Meanwhile, BJP MP Saumitra Khan has written to the National Commission for Women (NCW) requesting Akhil Giri’s immediate arrest and dismissing him from the MLA post as well.

Union Minister Dharmendra Pradhan too took to Twitter to lash out at the TMC.  “If a member of your party insults the first citizen of the country and a woman while continuing to be in your Cabinet, then you should resign as the Chief Minister. Akhil Giri holding a Minister’s post is an insult to all women in the country,” he tweeted while tagging the official handle of Chief Minister Mamata Banerjee.

In Odisha, the Congress was not far behind in lambasting the Minister. Party MLA and Congress leader Suresh Routray termed the comment on the President “racist and discriminatory against dark-skinned people”. “The President is not just the country’s first citizen but also our pride. She is an educated, enlightened person who has won hearts with her humble demeanour during her recent trip to her home State. And she is being judged for her looks? Is Mamata Banerjee fair? Was Lord Krishna or Lord Ram fair? The TMC Minister’s remark reflects bias against dark-skinned people. If such people continue to hold important positions, the future of the country is dark,” he said, while addressing the media.

BJD leader and Rajya Sabha MP Munna Khan too demanded immediate action against Giri as per law while denouncing his comments as “derogatory”.

While the BJP’s West Bengal unit called for a statewide protest on Saturday against the comments and demanded Giri’s resignation, neither the TMC Minister nor anyone from the party has come out with an official clarification.

Elderly man beheaded over suspicion of sorcery in Odisha village