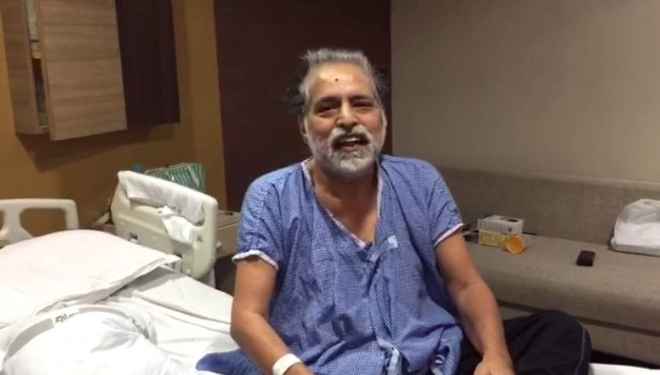 TMC MP Sudip Bandyopadhyay today flew back to Kolkata after being discharged from a private hospital in Odisha capital.

The beleaguered parliamentarian was arrested and lodged in Jharpada Special Jail here in connection with Rose Valley chit fund scam.

Orissa High Court here on Friday had granted bail to Bandyopadhyay, who had spent four and half months in custody. He was admitted to a private hospital after his health condition deteriorated.

Before leaving for Kolkata, Bandyopadhyay said while pleading innocence: “Time will prove that, whatever else I may be, I never intended to do my politics with the stamp of corruption. I am not corrupt.”

On being asked about quitting politics, he said: “No no, why should I leave politics? I am sick. I will take rest for a few days. Let me get cured first. I will be back in politics wholeheartedly,” Bandopadhyay told the news channel ABP Ananda from his hospital bed in Bhubaneswar in his first reaction after getting bail.