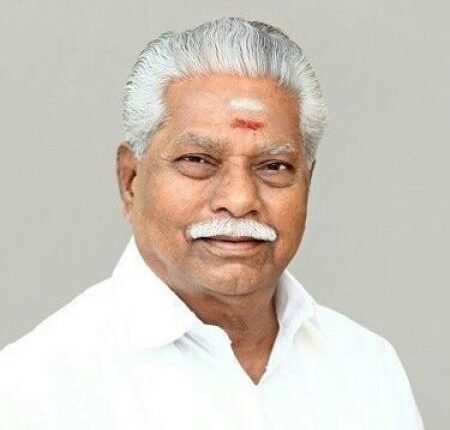 “With deep grief, we announce the sad demise of the Honourable Minister for Agriculture, Thiru R.Doraikkannu on 31.10.2020 at 11.15 p.m.,” said Aravindan Selvaraj, Executive Director in a statement issued here.

Earlier on Saturday, Selvaraj had said Doraikkannu had suffered significant deterioration in vital functions and is extremely critical despite being on maximal life support.

The 72-year-old minister, elected from the Papanasam assembly constituency was admitted to the hospital on October 13 with serious breathlessness and tested Covid-19 positive.

“He has multiple comorbidities and the latest CT scan shows 90 per cent of lung involvement. He is currently on ECMO and Ventilator, receiving maximum support,” Selvaraj had said earlier.

On October 13 morning Doraikkannu was taken to a hospital in Villupuram district after he complained of chest pain and breathing trouble. Doraikkannu complained of ill-health while he was travelling to Salem to pay homage to Chief Minister K. Palaniswami’s mother who died on that day.

After his condition stabilised at the government hospital, Doraikkannu was sent to Kauvery Hospital here in an ambulance.

The late Minister first entered Tamil Nadu Assembly in 2006 elected from the Papanasam seat and retained the same in 2011 and 2016 polls.

He was first appointed as the Minister by late Chief Minister J. Jayalalithaa in 2016.

Doraikkannu was the second law maker to have died due to Covid-19. Earlier DMK law maker J. Anbazhagan, elected from the Chepauk-Thiruvallikeni Assembly Constituency died on June 10, 2020.

With Doraikkannu’s death the number of vacancies in the 234-member Tamil Nadu Assembly has gone up to four.

The current party position in the state assembly is: AIADMK-124 members including the Speaker, DMK-97, Congress-7, Indian Union Muslim League and Independent – one each.