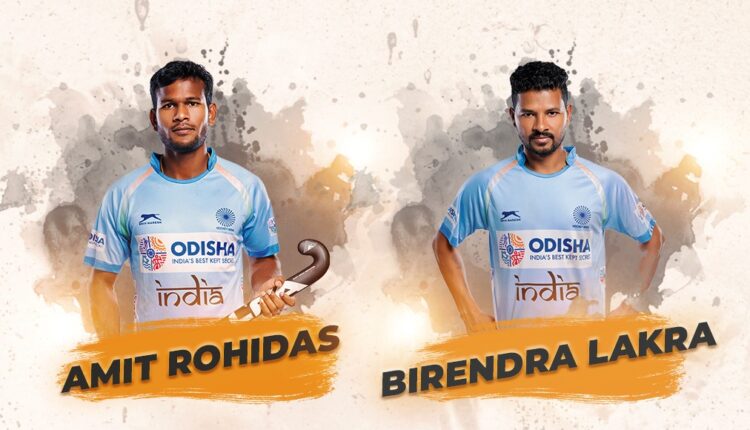 Bhubaneswar: Two defenders from Odisha, Birendra Lakra and Amit Rohidas have made their way into Indian Men’s hockey team, which will represent the country at the upcoming Tokyo Olympic Games 2020.

Lakra had missed the chance of being a part of the squad during Olympic 2016 due to a major knee injury.

“It has not been an easy process to make the final selection of 16 players as there is a lot of quality and ambition in this group of players. The performance levels of all the athletes are at an optimum level and more importantly they work well together. They know what it means to represent the country at the Olympics. We are now focused on training with the same intensity and our goal is to put forward our best performance as a collective unit in Tokyo”, said Chief Coach Graham Reid while speaking on the team selection.

Odisha Sports Department congratulated the duo on their selection and wished them good luck for Tokyo Olympics 2020.

#Odisha‘s star defenders Birendra Lakra and Amit Rohidas have been selected in the 16-member Indian Men’s Hockey team for the Tokyo #Olympics. 🏑