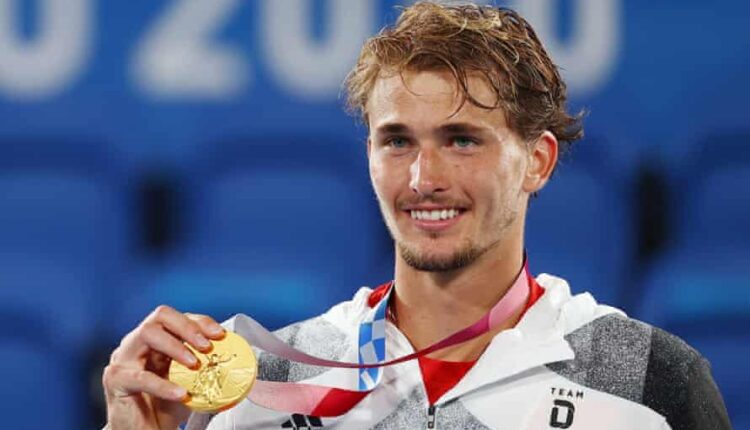 The 24-year-old Zverev, yet to win a Grand Slam, was in imperious form during the final which lasted an hour and 19 minutes. He also became the first German male tennis player to win a singles Olympic gold.

It was an easy straight-sets win for the world No. 5 Zverev to beat a misfiring Khachanov in the final after getting the better of top seed Novak Djokovic of Serbia in the semifinals. Nothing could break his focus, including the 10 anti-Olympics protestors shouting from outside the centre court.

Zverev, the 2020 US Open finalist, secured the early break for 2-1 in the opening set. He held his serve until breaking again at 5-3 to take the first set.

Zverev’s domination continued further as he took an early second-set lead. It meant that Khachanov was outplayed by the superior stroke-play of Zverev.

At one point, he was staring at the embarrassment of the bagel. But Khachanov was able to put it off by winning his first match point of the set.

In the end, Zverev won the gold medal as Khachanov found the net, leading to the German dropping to his knees. Khachanov, cross with himself, smashed his racquet in frustration.

The gold medal at the Tokyo Olympics is likely to go down as one of the highlights of Zverev’s tennis career, alongside his ATP finals win in 2018 and four Masters titles.