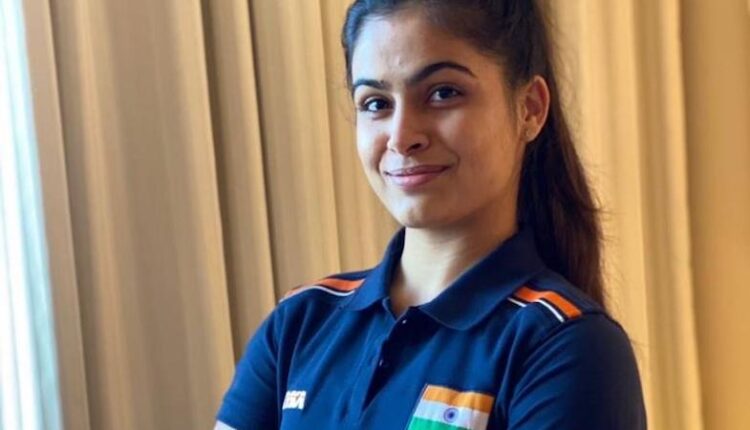 Tokyo: Manu Bhaker came up with a better performance as she was placed fifth while Rahi Sarnobat, who won gold medal in a World Cup event in Croatia just before the Olympics, was languishing at 25th spot after the precision round in the women’s 25m pistol competition on Thursday.

Going into the two-day qualification round after she narrowly missed making the finalsin the women’s 10m air pistol competition a few days ago, Manu, the 19-year-old from Jhajjarin Haryana, was in better form as she tallied a score of 292. She was tied on 292 points with Vitalina Batsarashkina of Russian Olympic Committee (ROC), the gold medallist in women’s 10m air pistol, and Ukraine’s Olena Kostevych. However, the Indian was relegated to fifth position as she could manage only nine hits in the inner 10 region as compared to 13 by Russian Vitalina — Olena too had nine shots in inner 10.

Serbia’s Zorana Arunovic was leading with a total of 296 followed by Greece’s Anna Korakaki,who had a score of 294. Bulgaria’s Antoaneta Kostadinova, with 293, is placed third with Vitalina and Manu following a point behind.

Manu groupings were laden with 9s and 10s that saw her average 9.733 heading into the rapid qualification segment on Friday. The scores from the two qualification rounds, precision and rapid, will be added and the top eight shooters will advance to the women’s 25m pistol final, which will be held later on Friday.

While Manu was going great guns, compatriot Rahi Sarnobat struggled to keep with the competition as she slumped to 25th position at the end of the first qualification round. Rahi, the Asian Games gold medallist, scored 287 points with an average of 9.567 and was placed 25th among 44 shooters.

The shooter from Kolhapur in Maharashtra had won gold in the World Cup held in Croatia last month but failed to replicate her form on Thursday.