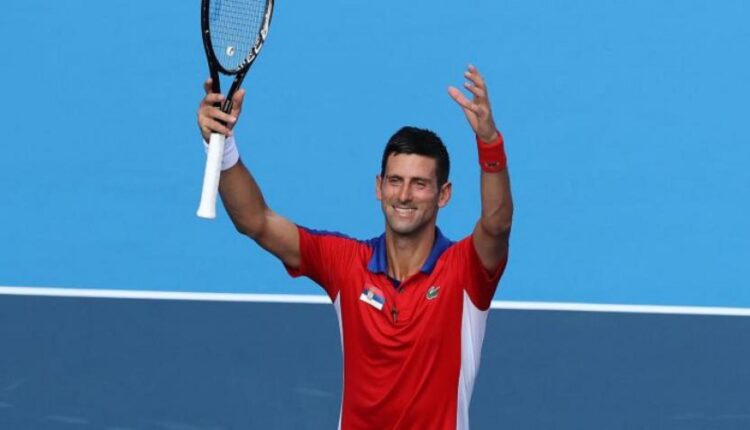 The world number one registered a dominant straight-sets 6-2, 6-0 win over Japan’s Kei Nishikori in just 72 minutes.

Djokovic, whose best result in Olympics was a bronze medal in Beijing 2008, was not broken even once in the match. Nishikori, considered the local favourite, made 16 unforced errors.

Thursday also marked the day when tennis matches at the Olympics began at their new timing, 3pm local time instead of 11am.

The 34-year-old Djokovic will be later seen in action in the quarter-finals of the mixed doubles alongside Nina Stojanovic, playing for a spot in the semi-final against Kevin Krawietz and Laura Siegemund of Germany.
Djokovic will continue his quest for Olympic glory and a calendar slam against either of Germany’s Alexander Zverev or France’s Jeremy Chardy in the semi-final.

Meanwhile, Russian second seed Daniil Medvedev crashed out of the quarter-finals after a 6-2, 7-6(5) loss to Spain’s Pablo Carreno Busta in a clash that ran for an hour and 43 minutes.

5 youngest medal winners of Tokyo Olympics; youngest is only…