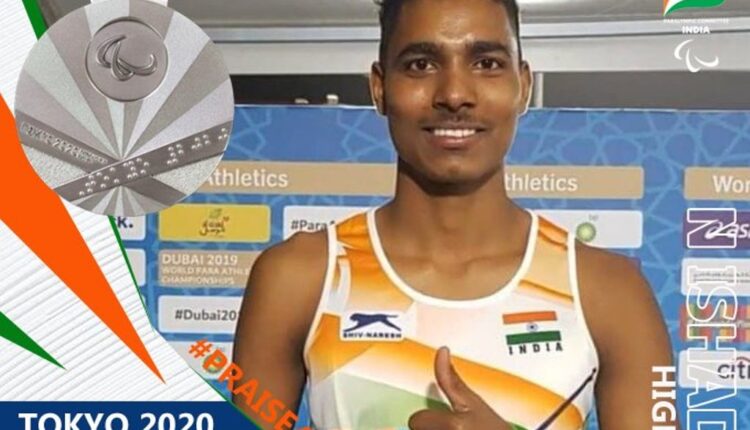 The 42-year-old Vinod, who took up para-athletics in his 30s, cleared 19.91 in the seated/standing discus throw event on his fifth effort. He finished third behind Poland’s gold medallist Piotr Kosewicz (20.02m) and Croatia’s Velimir Sandor (19.98).

At one stage, the 42-year-old from Rohtak in Haryana was placed second before Sandor cleared 19.98 in his fifth throw to take the silver medal.

Vinod, ranked sixth in the world, had started with 19.09 metres in his first throw before he managed to clear 19.81 in his second chance, clearly establishing his intent to fight for the medal.

Vinod comes from a family of army men. His father got injured in the 1971 war. Vinod joined BSF but had to leave after suffering an injury in 2002 when he fell off a cliff in Leh leading to severe injuries to his legs. He was bed-ridden for close to 10 years.

Vinod opened a shop near the Rajiv Gandhi Stadium in Rohtak and got interested in para-athletics watching Rio Paralympic Games coverage on television.

Starting training under local coaches at the stadium near his house, Vinod, who is married and has two daughters aged seven and two, burst onto the scene in the 2018 and 2019 Nationals when he won bronze medals in the F53 discus throw.

He was classified in the F52 category during his first international event at Handisport Open Para Athletics Grand Prix in Paris in 2019. Vinod stood fourth in the World Championships in Dubai which secured him a berth in Tokyo.

This is his first medal in the Paralympics.

Earlier in the day, Nishad Kumar won a silver medal in men’s high jump T47 at the Tokyo Paralympic Games on Sunday, clearing the bar at 2.06 and equalling the Asian record in the process.

Nishad finished second behind Roderick Townsend of the United States, who set a world record by clearing 2 metres and 15 centimetres.

The 21-year-old Nishad who hails from Una in Himachal Pradesh started with 1.89 metres which he cleared easily. He cleared 1.94 in his second effort and 1.98 in his third jump.