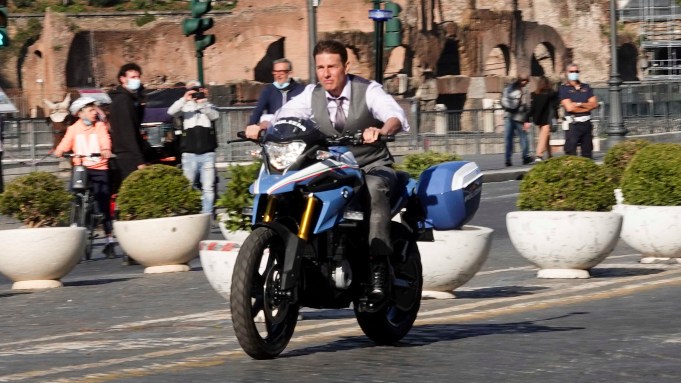 London: Tom Cruise is in the UK shooting for ‘Mission: Impossible 7’, and guess where he dined unnoticed for two hours this past Saturday?

It was at iconic playback singer Asha Bhosle’s eponymous restaurant, Asha’s, in Birmingham, where he ordered two servings of Chicken Tikka Masala. The Hollywood star, among many other attributes, is also well-known for his fondness for Indian food. And Chicken Tikka Masala is his favourite dish.

The news of Cruise’s meal at Asha’s was broken on Twitter by the singer herself. The local newspaper, ‘Birmingham Mail’, may have headlined the story ‘Risky Business?’, but Bhosle was ecstatic.

She tweeted a picture of the star, grinning with evident satisfactions, with the restaurant’s general manager, Nouman Farooqui, and two others. Bhosle said Cruise had enjoyed his “fine dining experience” and “I look forward to him visiting us again soon”.

The restaurant also tweeted: “Tom ordered our famous Chicken Tikka Masala and enjoyed it so much that as soon as he had finished, he ordered it all over again. The greatest compliment.”

After such wholesome nourishment, a beaming Cruise, as seen in the tweeted picture, looked very much in control and raring for some action.

Mumbai has 128 Delta Plus patients at present