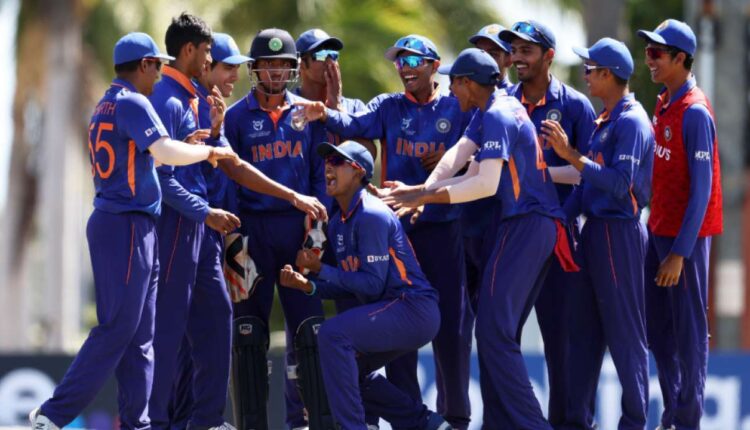 St. John’s (Antigua): India will be looking to go one step ahead of being runners-up in the 2020 edition when they face England in the ICC Men’s U-19 Cricket World Cup 2022 final at the Sir Vivian Richards Cricket Stadium here on Saturday. Both England and India head into the final undefeated in the ongoing tournament.

Captain Yash Dhull and Co. reached the final with clinical victories over South Africa, Ireland, Uganda, Bangladesh and Australia despite some members being affected by COVID-19 in the tournament. If India wins the final, Dhull will join Mohammed Kaif (2000), Virat Kohli (2008), Unmukt Chand (2012) and Prithvi Shaw (2018) into an exclusive list of U-19 World Cup-winning captains from the country.

Here’s a look at the top Indian players to watch out for in the U-19 Cricket World Cup final 2022:

Captain Yash Dhull has been a consistent performer for Indian team throughout the tournament, amassing 212 runs at an average of 106 with scores of 82, 20 not out and 110. He has led the team from the front and topped it with a captain’s performance of 110 against Australia in the semifinal.

India seemed down and out early on but a strong partnership of 204 with Shaik Rasheed brought some essential stability to India’s innings.

The No. 3 batter position is secured by Shaik Rasheed, an impressive player who has performed well throughout the World Cup. His partnership of 204 with Yash Dhull against Australia supported the Indian team immensely.

Spinners like Vicky Ostwal have troubled opposition consistently in the U-19 World Cup 2022. The left-arm spinner started off his World Cup campaign against South Africa with a spell of 5/28. India’s bowling lineup has shown incredible versatility and flexibility in terms of variations on the pitch, with Ostwal the leading wicket-taker for his team with 12 wickets in five matches at an average of 10.8. It will be interesting to see if Ostwal continues to trouble the opposition while pairing up with other bowlers.

Angkrish’s massive knock of 144 runs against Uganda garnered a lot of attention. He also played impressively against Ireland in the group stage, making 79. Raghuvanshi is currently the leading run-scorer for India in the tournament with 278 runs. He has showcased his skill with the ball on two occasions, taking a wicket each in the quarterfinal as well as the semifinal. Don’t be surprised if Raghuvanshi can make a significant impact in the final.

Harnoor has been having a quiet time with the bat ever since his outstanding knock of 88 against Ireland in the group stages of the competition. He has a lot of capability and class as an opening batsman while pairing up with Raghuvanshi. It will be essential for India to put an impressive start with their opening partnership clicking against an on-song opposition like England. Harnoor will look to get some big runs in the final against England.

Apart from the above-mentioned five, India have had players who played exceptionally throughout the course of the tournament, like Raj Angad Bawa, Rajvardhan Hangargekar and Ravi Kumar. England, on the other hand, is not a team to be underestimated as they will be hungry to get their first title in 24 years.

The Tom Prest-led side has a well-rounded lineup, especially with their batting going quite deep with opener George Thomas’ and Jacob Bethell in top form.

Bowlers like Joshua Boyden and Rehan Ahmed have been clinical and kept the batters in check with their tight bowling. All of this makes for an interesting final of the Men’s U-19 World Cup.