Top Korean K-pop bands you should listen to 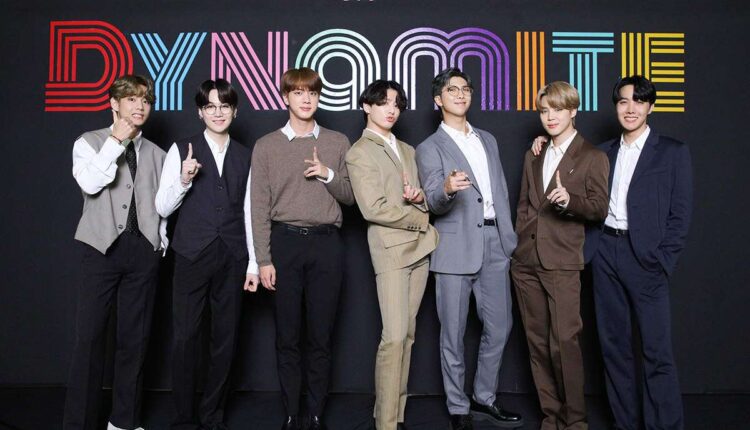 K-pop (Korean Pop), in recent years, has gained a lot of attention. People are inclined to listening to Korean Pop. Western music has always made its way to people, but with something ‘new’ in the limelight, K-pop is gaining a lot of attention. What is K-pop? K-pop is an acronym for Korean Pop. Pop music from South Korea is called K-pop. K-pop started to gain attention majorly in 2016, it was indeed popular before as well, but from 2016, it has made its presence known globally. Majorly K-pop has bands with sometimes four to even twenty-one members in each group. These groups have positions allocated among themselves, from ‘Main Vocal,’ ‘Main Dancer,’ and ‘Main Rapper.’ Each group has members who have designated roles in their group.

With the rising popularity of K-pop all over the world, here are some of the groups you should listen to:

The seven-member boyband, debuted in 2013, has undoubtedly made themselves known for their versatile music and enchanting lyrics. RM (Leader), Jin, Suga, J-Hope, Jimin, V, Jungkook are the seven members of the group. Their most famous and worth listening songs are ‘Spring Day,’ ‘The Truth Untold,’ ‘Black Swan,’‘ DNA,’‘ Blood, Sweat and Tears’ and their recent English hit ‘Dynamite.’ They are incredibly famous for their 2017-18 albums Wings and Love Yourself: Tear and Answer. If you are new to K-pop, this is the group you surely start with. Some members have their solo albums too. Currently, they are the biggest name in K-pop. They have collaborated with Halsey, Steve Aoki, and Sia.

Blackpink is a four-member girl group. The group features Jisoo, Jennie, Rose, and Lisa. The group that debuted in 2016 went on to perform at Coachella 2019. The group has fewer songs, but each piece has been a huge hit. Their songs ‘Ddu-Ddu-Ddu’, ‘Boombayah,’ ‘Playing with Fire,’ ‘Kill this Love’ and ‘Love Sick Girls.’ Blackpink is one of the leading girl groups as groups20. Their most recent collaboration is with Selena Gomez for their feature song ‘Ice-Cream.’

Often known as a very varied group, Exo is one of the most famous groups in South Korea that debuted in 2011. The original formation for the group was of 12 members and later went to 9 members in the group. The final members are Xiumin, Suho (Leader), Lay (Chinese Member), Baekhyun, Chen, Chanyeol, DO, Kai, and Sehun. Some members are currently serving their mandatory military service, and other members are busy with their solo albums and individual works. They have been often labeled as ‘Kings of K-pop’ and strongly dominated the audience and charts from 2014-2018 until the enlistment. Some of their most famous songs and surely worth listening are ‘Loveshot,’ ‘Call Me Baby,’ ‘Tempo,’ and ‘Monster.’ The group members are famous for sing OST (Original Sound Track) for multiple Korean Dramas. The OST ‘Stay with Me’ featuring Chanyeol and Punch is the most viewed OST on YouTube.

One of the most leading girl-groups of K-pop has to be Girls Generation, also known as SNSD. The group is of eight members, Taeyeon(Leader), Sunny, Tiffany, Hyoyeon, Yuri, Sooyoung, Yoona, and Seohyun. They are often regarded as ‘The Nation’s Girl Group.’ The group has maintained its title for over a decade now. Their most famous songs include ‘Gee,’ ‘The Boys,’ ‘Mr. Taxi’ and ‘Oh!’. The group is currently in discussion for their future activities.

Super M is a supergroup formed from members of multiple groups brought together. The members include Taemin from Shinee, Baekhyun (Leader) and Kai from EXO, Taeyong, Mark from NCT 127, and Ten and Lucas from the group WayV. The group was formed in 2019. The group debuted with their single ‘Hopping’ and recently in 2020 came with their first album, ‘Super One.’

Powerful Winter Super-Foods that You must Eat in this Season