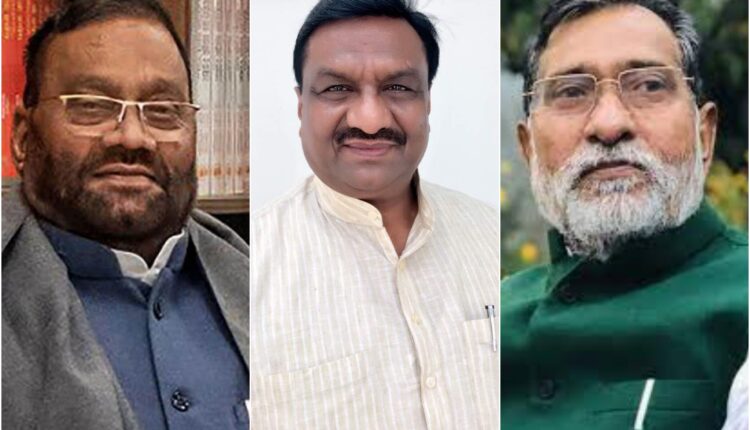 Lucknow: The Uttar Pradesh Assembly elections that concluded on Thursday, banked largely on the consolidation of OBC leaders in almost all the major political parties.

However, the poll results have shown up shocking results as a number of prominent OBC leaders have lost their seats.

The most shocking defeat is that of former BJP minister Swami Prasad Maurya, who led a revolt of sorts in the BJP in January and joined the Samajwadi Party.

Swami Prasad Maurya was made to bite dust in his Fazilnagar seat where he was defeated, ironically, by the BJP.

Dharam Singh Saini, another BJP minister who had followed Maurya, also lost his seat in Saharanpur.

“The opposition tried to spread confusion among the backward castes, but it was futile and the community stood steadfast with BJP,” state BJP OBC Morcha chief Narendra Kashyap.

The defeat of deputy Chief Minister Keshav Prasad Maurya is a shocker for the BJP which had projected him as the face of OBC in Uttar Pradesh.

He had been vigorously campaigning for his party candidate, flitting from one constituency to another but lost his own Sirathu seat to Samajwadi Party’s Pallavi Patel.

Ajay Kumar Lallu, UPCC president and the OBC face of the Congress suffered a humiliating defeat in his Tamkuhi Raj seat. He trailed at the third position in his constituency.

Krishna Patel, president of the breakaway faction of Apna Dal who contested the Pratapgarh seat in alliance with SP, lost her seat even though her estranged daughter Anupriya Patel had withdrawn her candidate from the fray as a mark of respect to her mother.

The OBCs had sided with theBJP in 2017 to emerge as an alternate pressure group to the socio-economically powerful Yadav community, which happens to be SP’s base. This triggered a realignment of castes and around 60 per cent OBCs voted in favour of the BJP in 2017.

“SP sought a makeover from a party dominated by Yadavs, but it didn’t work before the BJP’s organisational machinery,” said a political analyst.

Almost all parties had put OBC leaders at the helm of their campaigns and particularly in the last three phases to test their popularity.