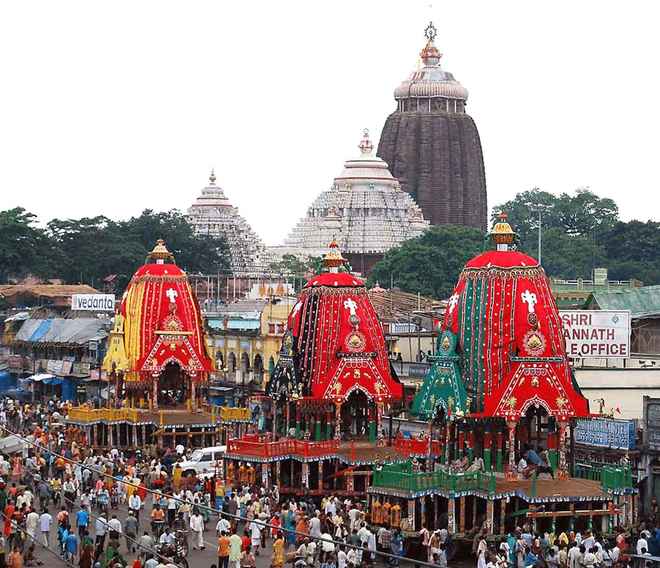 Puri: The Sri Jagannath Temple Administration (SJTA) has banned touching of the deities by devotees during pahandi or atop chariots during the Rath Yatra this year.

The SJTA said touching of deities by devotees or devotees in disguise will be considered as a cognizable offence.

In the event of someone being caught in such act, penal action as provided in the law will be taken, warned SJTA.

In order to create awareness among devotees on this account, signages will be put up at different places, informed SJTA Chief Administrator Pradip Jena.

Notably, relatives of some servitors had climbed atop chariots last year during the Niladri Bije rituals despite a ban by the Orissa High Court.