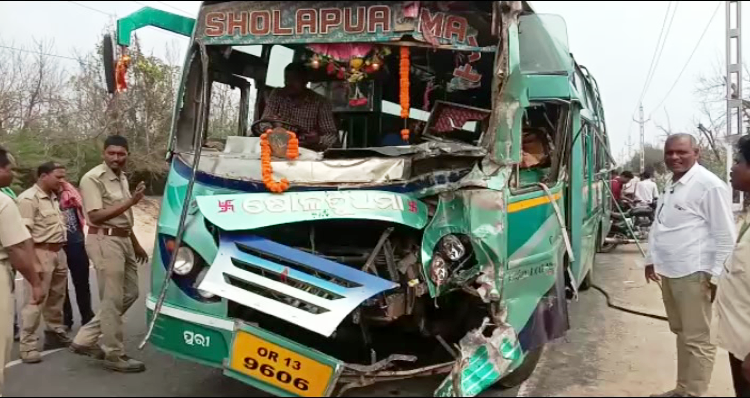 Konark: A tourist bus en-route to Puri collided with another passenger bus on the marine drive road here today.

Though no casualty was reported, around 20 passengers, including women and a child suffered injuries in the mishap. Three of them were critically injured. However, all the injured were rushed to  Gop Community Health Centre (CHC) .

Reportedly, the tourist bus carrying around 50 passengers was going to Puri, when another bus hit it from behind at around 12 noon.  On receiving information, police and firefighting team reached the spot for a rescue operation.

Locals managed to detain the driver of the passenger bus and handed him over to police.

Odisha: Man cremated after 15 hours over fear of COVID-19

Close shave for 50 tourists as bus meets with accident at…