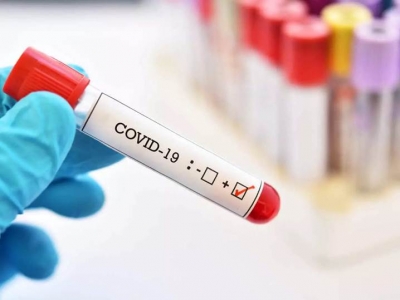 Agra (Uttar Pradesh): A tourist from Argentina, who visited the Taj Mahal on December 26, has tested positive for Covid-19.

His samples were collected during screening at the monument’s Western gate to test for the virus as a precautionary measure.

The RT-PCR report, which came out on Wednesday, confirmed that the man was Covid-19 positive.

However, he went missing soon after he was informed about it by the authorities, said the health department officials.

The phone number and name of the hotel provided by him are also incorrect, which has made tracking him down difficult for the authorities.

The health department has now asked the local intelligence unit, airport authority, ASI and nearby hotels to get details of the missing man.

Chief medical officer, Agra, Arun Kumar Srivastava said, “We are trying to identify the tourist from Argentina who has been tested Covid-19 positive. The contact details provided by him are wrong. Hotels have been asked to provide details of tourists from Argentina who have recently checked-in. We have also approached the ASI and airport authority to get details of the man. Once found, he will be isolated to prevent the further spread of the disease.”

Meanwhile, over 30,000 tourists visited the Taj Mahal on Wednesday. Visitors waited in queue close to each other to enter the monument after screening at the Western and Eastern gates.

Besides, in Mathura district, vigilance has been enhanced in the Vrindavan town where foreign devotees come in large numbers around New Year.