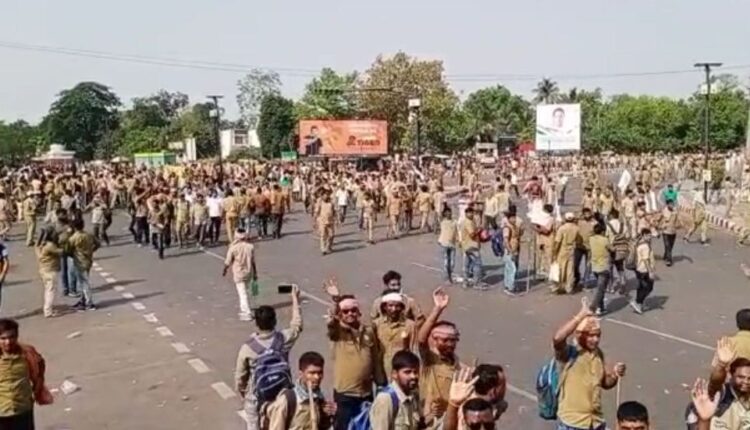 Bhubaneswar: Movement of vehicles was affected in some parts of Odisha capital today as members of Odisha Drivers’ Association staged a rally here.

Demanding fulfillment of 10-point charter of demands, the agitators resorted to a protest rally at Master Canteen here and have decided to march towards Naveen Niwas, the residence of Chief Minister Naveen Patnaik.

They staged road blockade at Master Canteen Square bringing vehicular movement to a grinding halt. Thousands of protesters had already reached the city, early this morning.

The demands of the agitators include enactment of a special law for the protection of drivers, Rs 20 lakh compensation to family in the case of death of a driver, insurance coverage of Rs 10 lakh, pension for drivers after 55 years of age, housing scheme for drivers and facility of higher education for children of drivers.

We deeply regret the inconvenience caused.