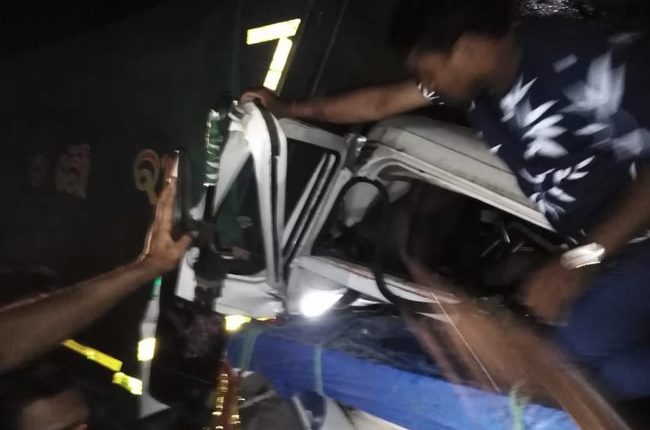 Bhubaneswar: Vehicular movement on NH-16 between Bhubaneswar and Cuttack was affected after a tipper hit a truck from rear near Pahala under Balianta police limits killing helper of the tipper.

The driver of the tipper sustained critical injuries in the road mishap and has been hospitalised.

Movement of vehicles on the NH was severely hit after the accident. Hundreds of vehicles remained stranded on the road following which police rushed to the spot and initiated efforts to restore normalcy.

24 special courts in Odisha to deal with POCSO cases