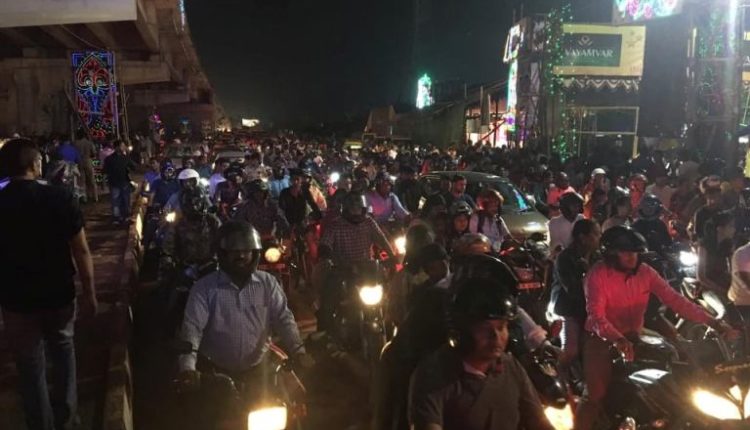 In Bhubaneswar, motorists were having a harrowing time in crossing the Station Bazaar area, Kalpana and Market building area. The jam was also observed near Baramunda bus stand and on Rashulgarh-Hanspal road in the evening hours. Due to heavy traffic, someone travelling on NH-16 in the capital city had to face a lot of difficulties.

“On usual days travelling from Rasulgarh to Baramunda area takes me 10 minutes. But because of this traffic jam it has been more than 40 minutes I am stuck on the highway,” rued a motorist.

Expressing similar views another motorist near Baramunda bus stand said, “The city police’s steps for traffic management is miserable as evident from this massive traffic jam.”

Ahead of the festive season, Police Commissioner Sudhanshu Sarangi had said that the focus will be traffic management and a blue print has been prepared regarding this. For smooth celebration of the puja, a total of 63 platoons of police has been deployed in the twin city. But the traffic situation on ground has raised questions about the efficiency of the Commissionerate Police.