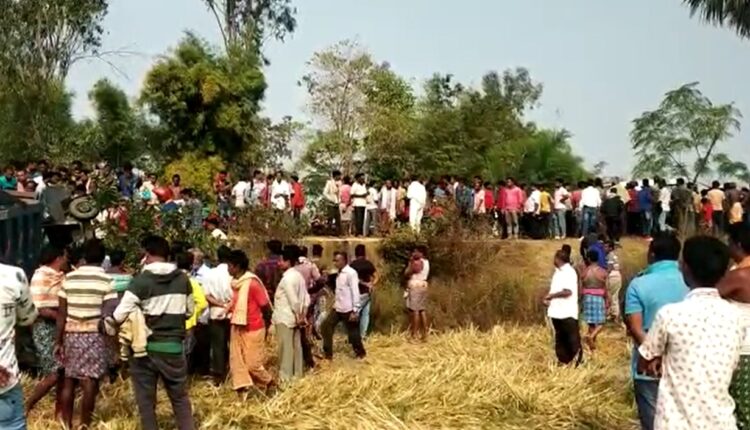 Boudh: Tragedy struck a family of Boudh district after three of its members were killed while another suffered grievous injuries in a deadly road accident near Gopalmal Chhak on Manmunda-Kantamal road this morning.

The incident took place at around 9 AM. Reportedly, a woman along with her two children, including a minor were travelling towards Manamunda in an auto-rickshaw,  when a pitch-laden hyva truck coming from opposite direction hit the vehicle and later overturned.  The husband of the woman was driving the auto-rickshaw.  While the woman and her two kids died on the spot, her husband sustained critical injuries and was rushed to a hospital in Sonepur for treatment.

However, the truck driver reportedly fled the spot after the accident.

The collision was so intense that body parts of the victims were severed following the mishap. On receiving information, a police team reached the spot and initiated an inquiry  in this connection.