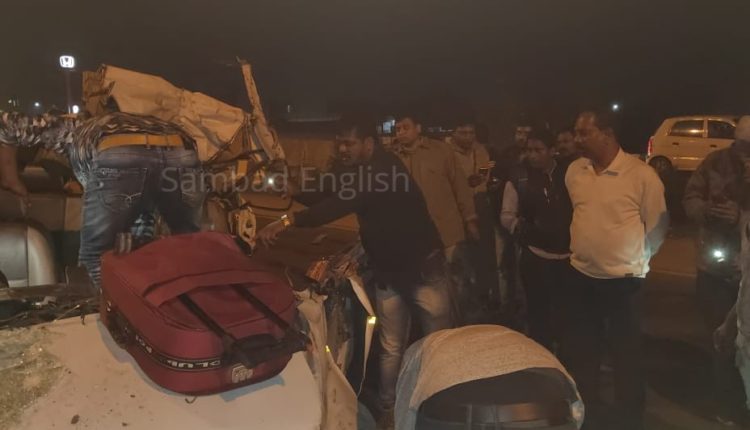 Bhubaneswar: In a tragic incident, two persons were killed and over 10 others were critically injured in a road mishap on the National Highway-16 in wee hours today.

The incident took place at around 2.30 am in front of a shopping mall near Hanspal area. The identities of the deceased and injured persons are yet to be ascertained.

According to reports, an SUV carrying passengers was travelling from Cuttack to Bhubaneswar. The vehicle met a severe accident after a heavy vehicle hit it from its behind.

While two persons were killed in the incident, more than 10 persons including two children were injured. The SUV was completely damaged in the mishap.

Sources said that the passengers were returning in the SUV after attending a wedding ceremony.

The deceased were lying on the highway and injured passengers trapped inside the vehicle were struggling to come out. Bhubaneswar (central) MLA Ananta Narayan Jena, who was travelling on the way, extended his helping hand by calling up an ambulance to rescue the victims.