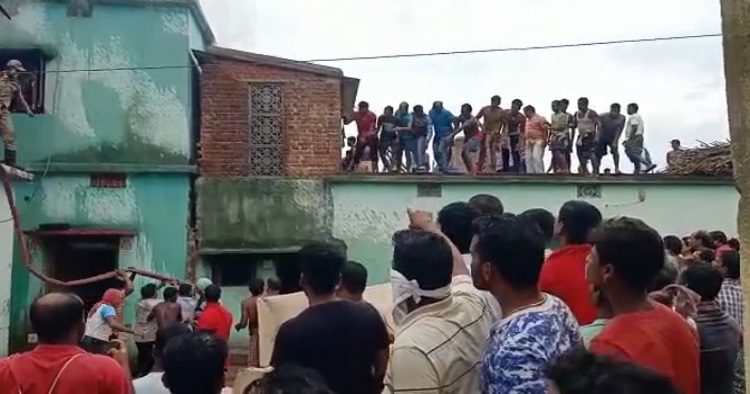 Dhenkanal: In a tragic incident, two children were killed and one sustained critical injuries after a powerful cracker explosion inside a house at Sogar villager under Tumusinga police limits in Dhenkanal district today.

The injured child has been admitted to the district headquarters hospital (DHH) in critical condition for treatment.

According to reports, the crackers stashed inside house of a resident namely Saroj Sahoo exploded while three children were playing inside the house. They received grievous burn injuries in the incident.

Source said that the explosion was so massive that it triggered roof collapse following which three children were trapped by fire inside the house.

The firefighters rushed to the place and rescued three victims from the house. Initially, they were taken to the Community Health Centre (CHC), Anlabereni, for treatment. Later, they were referred to Dhenakal DHH where two children succumbed to injuries. Another injured child is undergoing treatment at the hospital.