Tragic: Three of family killed; 4 others critical as car overturns in Odisha 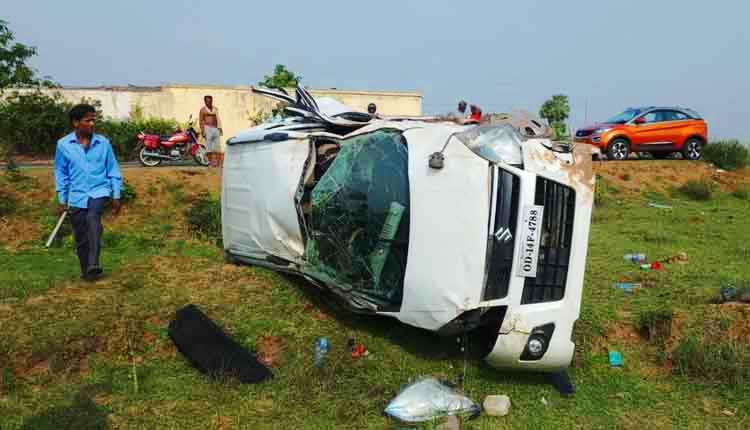 Dhenkanal: In a tragic incident, three persons of a family were killed while three others suffered grievous injuries after the car they were travelling in turned turtle after hitting a wild boar near Kamgara in Dhenkanal district late last night.

The three deceased include a woman and her father-in-law.

Sources said six members of the family were travelling to Bhubaneswar from Rourkela last night, when the car lost control and overturned after hitting a wild boar near Kamgara on Kamakshyanagar-Dhenkanal road.

While two died on the spot, four critically-injured were rushed to the district headquarters hospital (DHH) here and later shifted to SCB Medical College and Hospital in Cuttack. Of the four injured, one succumbed to injuries while undergoing treatment at SCB, sources added.