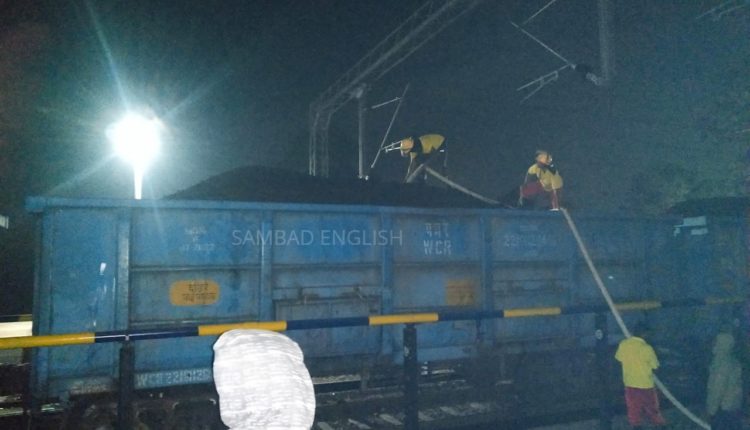 Balangir: As many as 21 wagons of a coal-laden train caught fire at Muribahal railway station in Odisha’s Balangir district last night.

The freight train was heading towards Raipur from Visakhapatnam when smoke was spotted emanating from it at Muribahal station. Later, the train stopped at Kantabanji station following which concerned officials informed Fire Services.

Fire personnel managed to douse the flames completely around 4 am after a six-hour-long effort. Coal worth lakhs was damaged in the fire mishap. The reason behind the outbreak of fire is yet to be ascertained. Railway officials have started investigation into the incident.